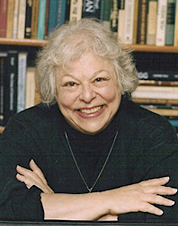 After escaping  own abusive marriage nearly forty years ago, Toby Myers vowed to help others afflicted by domestic violence.

Toby's work included helping to create the first Battered Women's Shelter in Houston back in 1977.  She was also one of the founders of the

Toby is a Licensed Professional Counselor and a Licensed Clinical Social Worker, who is one of the pioneers in the battered women movement (which includes addressing issues such as marital rape and incest).

Toby's work includes being one National Center on Domestic and Sexual Violence, and also served on Jewish Advisory Committee of the FaithTrust Institute (formerly known as the Center for the Prevention of Sexual and Domestic Violence).  She was also was appointed by former Surgeon General C. Everett Koop to  policy making group on Violence and Public Health.
Posted by The Awareness Center, Inc. at 4/17/2013 08:29:00 AM