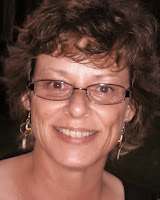 Irene Deschenes has been deep in the trenches as an activist and hero in the anti-rape movement ever since 1992.  Irene got her start by speaking out about her own abuse history and doing what she could to provide peer support to other survivors of clergy sexual abuse within her community.

Amazingly, in 1996, Irene became a trailblazing trendsetter when she along with another survivor file a civil suit against their offender, Fr. Charles Sylvestre and the Diocese of London, Ontario, Canada.  Ten years later after filing a civil suit, in a criminal court room, Irene had the honor of hearing her offender read off a list of names of ten children Sylvestre molested.  Her name was amongst the names mentioned.

Without Irene's tenacity, dedication and love for others, so many survivors would not have had the opportunity to have their own voices heard nor to heal.  For these reasons, The Awareness Center considers Irene Deschenes to be a hero.

Irene has been one of my hero's for 20 years. She's kind of like a 'Joan of Arc' in that she stood tall and loud very, very, very early on this journey for recovery and prevention - childhood sexual abuse. Bob Schwiderski

Irene stayed by my side during my 9 yrs. battle in a civil suit against Fr. Patrick Mackan for his abuse of me.
I first met Irene in Toronto, at a protest against the pope's refusal to meet with survivors of clergy abuse.
She certainly is a heroine to me. i am only one among hundreds of survivors she has courageously stood by and advocated for.
Thank you for this accolade.
Donna Dempsey

I first met Irene in Toronto at a protest against the pope's refusal to meet with survivors of clergy abuse.
She stood by my side through a dirty, 9 yrs. civil suit against Fr. Patrick Mackan who sexually abused me for 4 yrs.
I am among hundreds of survivors and victims she has quietly supported me thru every step of that process.

Thank you for your accolade. Volunteer work like hers is rarely acknowledged.

I am so proud of Irene! Once, when we were at a conference, she walked right up to Cardinal Law and said, "Hello. I am Irene Deschenes" while I about fainted just watching him. Love to you, Irene.

Congratulations Irene! You have blazed a hard trail for many years. It has not always been easy, but you have always found the inner strength to keep going and lead by example. It has been my pleasure to have known you all these years and to be a witness to the embodiment of courage that your are.
vinnie