Winnipeg MB -- WINNIPEG (CP) - As much money must be spent on the victims of child abuse as is spent by society to incriminate and punish those who abuse the youngsters, a California psychiatrist has told a conference here.
It will cost money to provide adequate help for the abused children, Dr. Roland Summit says.
Dr. Summit, who heads the community consultation service in the psychiatry department at the University of California medical centre, delivered the keynote address at a conference on child abuse that started Sunday and ends today. ''What has to be done is an expensive proposition,'' Dr. Summit said. ''We have to be as concerned for children as we are for adults. We have to be as concerned for helping them in their problem as we are with incriminating and punishing the perpetrators.'' For centuries, sexual abuse of children was treated as a myth, said to be exaggerated or even blamed in some cases on the children themselves, Dr. Summit said. ''We are seeing sexual child abuse in a radically different light than we did 10 short years ago. In a way, we're discovering it now - we believe it now.'' He said there is training to deal with the problem and more people will ask questions about it today. ''The difference is that a few years ago children would encounter sexual abuse and would find nobody in the adult world who understood them when they attempted to make their problems known.'' He said statistics show that most adults who abuse children sexually are neither mentally nor emotionally ill.
Instead, they are individuals who put their own sexual gratification ahead of the welfare of the child and who may, in some cases, rationalize their actions in romantic terms. ''They reason that the child is in love with them. They reason that the child deserves that kind of love that only an adult can give.'' He said adults who find out about child abuse must be careful about the kind of reaction they display. ''The child, after all, is trapped in sexual abuse mostly from the fear that nobody will believe the situation and also by the threats of the perpetrator that nobody must be told about it or there would be punishment.'' In some cases, Dr. Summit said, there are family complications to consider. ''If I were a mother whose husband had molested our child, It's very frightening to consider the consequences.'' Nevertheless, he said, the authorities must investigate child abuse as a crime. ''Sexual child abuse has to be defined as a crime to bring pressure on the family to deal with it therapeutically. We have to have the power to convict people of a crime even though we may not exercise the power in every case.'' Dr. Summit said the prospect of a jail term can force some individuals into accepting treatment and making changes in their lives.'' 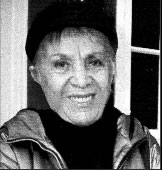