Founder of VOICES In Action, Inc.
(Victims of Incest Can Emerge Survivors)

Back in the late 1970s Diana Carson was watching the first episode of The Phil Donahue Show, in which an adult survivor of child sexual abuse was speaking out about her abuse as a child.  The woman was sharing her story of incest.

After several phone calls and letters to Phil Donahue, Diana gathered a group of women founded one of the first survivor based organizations called VOICE in 1980, which name was later changed to VOICES In Action, Inc. (Victims Of Incest Can Emerge Survivors).

VOICES was in operation for nearly 30 years and helped hundreds of thousands of survivors internationally.  The organization offered Special Interest Groups (SIGS), an annual international conference along with a newsletter. 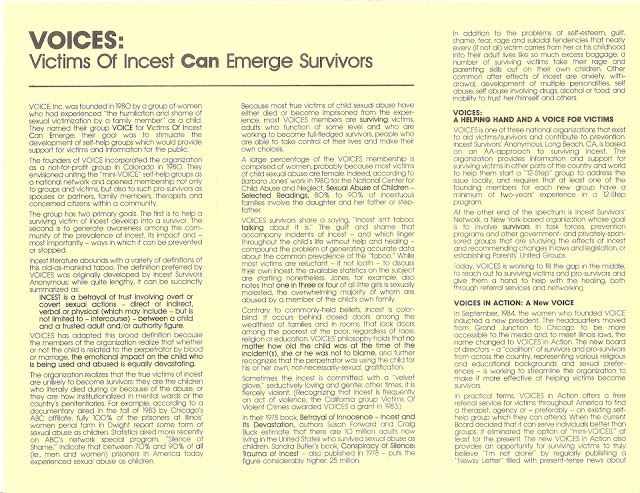 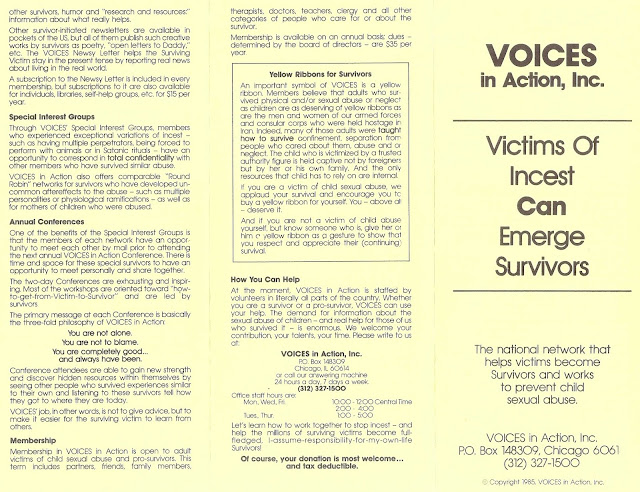