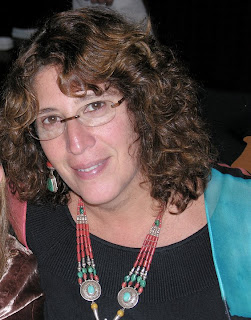 Barbara Engel is a pioneering hero in both the anti-rape movement and in the domestic violence field.

Over thirty-five year she was the director of one of the first rape crisis center, battered women’s program and child sexual abuse treatment and advocacy center  in the Chicagoland area.

Ms. Engel initiated counseling and healing work with survivors, created the first sexual assault prevention programs for the Chicago public schools, while challenging institutional responses by law enforcement, the courts, and the medical and mental health systems. She co-authored protocols for the treatment of rape survivors and battered women in hospital emergency rooms and developed a protocol for Chicago police department response to rape survivors that is now promulgated as a national model.

In 1983 Barbara co-authored the Illinois sexual assault legislation and assisted in a statewide public education and action strategy that led to the model legislation’s passage. Since 1991 Barbara has been re-appointed by every Illinois Governor to the board of the Illinois Criminal Justice Information Authority where she serves as a public voice for victim services issues helping distribute federal funds and coordinate criminal justice policy and program initiatives.

In 1993 Barbara was asked by Mayor Daley to chair the task force that wrote the innovative sexual harassment policy for the city of Chicago and developed an implementation strategy and office to work towards harassment free workplaces.

Barbara has also been involved at The Chicago Foundation for Women and as board member for the National Network of Women’s Funds/ Women’s Funding Network.