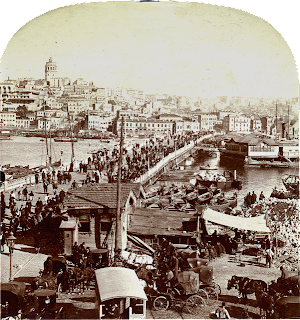 Back in 1892, at the young age of fourteen, an orphan by the name of Feige Aufscher was one of the star witnesses in the case of Mendel Goldenberg.  During her testimony she shared that she had been kidnapped and used in a prostitution ring lead by Goldenberg in a series of brothels in Constantinople.  The two week trial took place in Lemberg, Poland

If it wasn't for the bravery and tenacity of this teenager, she wouldn't have found  a way to get a message to the authorities, who were able to liberate her and the other teenage girls and young women who were being held captive.  The trial was front page news in all the Polish newspapers.   Because of her bravery she was able to help countless other women.
Posted by The Awareness Center, Inc. at 4/17/2013 02:16:00 PM