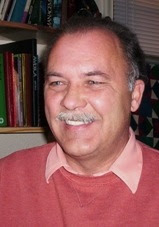 Since 1992, Bob Schwiderski has been an relentless and outspoken powerhouse when it comes advocating for the civil rights of adult survivors of sexual abuse.

Besides being a Veteran of the Vietnam war, Bob is also a survivor of clergy sexual abuse by a priest.

Back in 1994, Bob was one of three former altar boys, who came forward and filed a civil suit against St. John's Catholic Church in Hector, MN along with the Dioceses of New Ulm, after accusing Rev. Wm. J. Marks of sexually abusing them.   Robert stated that his abuse began back in 1956 when he was 7 years-old and lasted until he was 13.