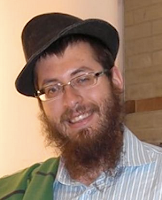 
Arrested on charges of attempted sexual assault of a child.

Trial of suspected molester Alexander Rogasky ends in mistrial due to lone holdout. Juror claims her fellow panelist were anti-Semitic.

Jurors were biased against Alexander Rogalsky, 29, who was accused of sexually abusing a boy, because he was Hasidic, one member of the jury said.

Jurors in a sodomy case against a Hasidic Brooklyn man expressed anti-Semitic bias even before the trial went underway, a member of the panel said in a bombshell interview.

The troubling assertion was made by the lone holdout, whose refusal to convict Alexander Rogalsky, 29, on a decade-old allegation of molestation led to a mistrial last week.

"They were saying he was guilty before the trial even started," the 51-year-old woman told the News. "To them, he looked guilty even before we heard any evidence."
She said the slanted discussions started during jury selection and continued through contentious deliberations. Jurors are routinely instructed not to form an opinion or discuss the case before all evidence is presented - but this jury ignored that order, the juror claimed.

"There was a lot of talk about the Jewish religion and one girl said it was a ‘Jewish trial,’" the juror recalled.

Her allegations boost defense lawyers' long-standing contention that Hasidic Jews face bias because of their distinctive looks and customs.

"When an obviously Orthodox Jewish defendant goes on trial, (he’s) facing a subconscious prejudice," said Michael Farkas, who represented Nechemia Weberman, a Satmar counselor who was convicted last year of molesting a teenage girl in a supercharged case that many say put the entire Hasidic community on trial.
Rogalsky, who works as a cook, is accused of bedding a 12-year-old boy he counseled at an upstate sleepaway camp in 2003. The alleged incident happened at Rogalsky’s Crown Heights home after the summer at Camp Bnei Menachem.

The boy told his mom about the incident in 2006 but didn't press charges until 2011 and soon after filed a civil suit, records show.

The statute of limitations had elapsed on most sex charges, so Rogalsky was slapped with a single count of criminal sex act. The alleged victim, now 22, testified in during the trial in Brooklyn Supreme Court and prosecutors also played a recorded conversation in which Rogalsky didn't deny misconduct.

“It seemed something did happen between them, but there wasn't enough evidence (to convict on the lone count),” said the holdout juror, who also lives in Crown Heights, which has a high Hasidic population.

"This is a strong case and we intend to retry it," said the spokesman, Jerry Schmetterer. “The defendant received a fair trial.”

There is no question, however, that Hasidic Jews are treated differently in the Brooklyn DA’s office.

After years of being criticized for shielding the politically powerful community and hiding the identity of some of its alleged sex offenders, Hynes established a special program to prosecute sex abuse by Orthodox Jews — the only group of people with its own such program.

Over the resulting four years, 118 suspects were arrested, leading to 46 guilty verdicts or pleas, 33 for felonies. About 10 cases went to trial with two ending in an acquittal, a source said.

Cases involving Hasidic suspects also get a boost from expert testimony so the jury is informed that Hasidic victims are less likely to come forward partly because of the sect's strict insularity. The Rogalsky trial featured one such expert.

Fried, for example, said he asking for a no-jail plea deal, claiming he had the alleged victim’s consent, but Hynes’ team insisted on going to trial.

"Clients going into these cases know the deck is stacked against them because they're Orthodox, so they're looking for deals," the lawyer said.

Victims' advocate Ben Hirsch countered that these claims are nothing but self-serving traif.

"An Orthodox Jew can get as fair a trial as anyone," he said. "Frankly, it's outrageous to hear the 'anti-Semitism' card being played regarding the prosecution of Orthodox child molesters."

The holdout juror disagrees. In fact, she’s reached out to the defense team, telling them Rogalsky “should look less religious” when he's retried in the fall, sources said. 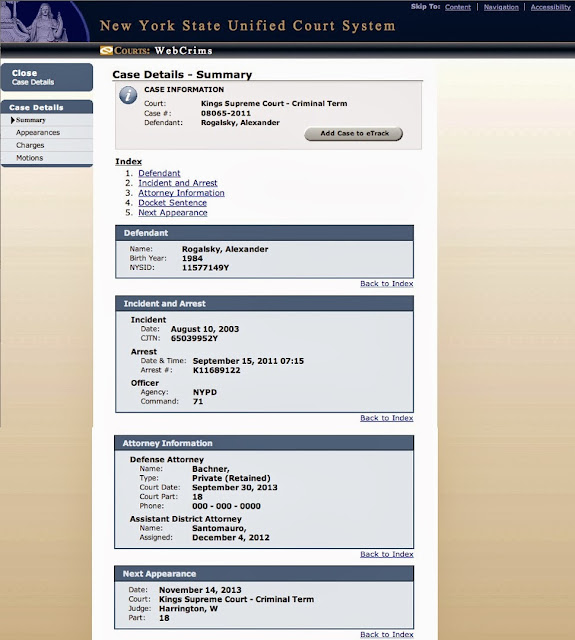