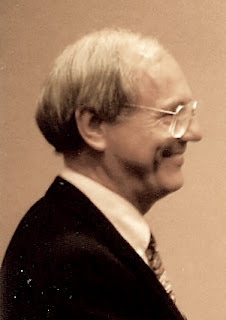 Dr. Roland Summit was a blazing pioneer in the anti-rape movement when it came to protecting children, along with adult survivors of child abuse.  He was both highly respected and shunned for speaking out for both child and adult survivors when no one else was willing to put their reputations out on the line.

Roland C. Summit was the medical director of the Community Consultation Service, Clinical Assistant Professor of Psychiatry, Harbor UCLA Medical Center, Torrance, CA; along with being the author of the historic document: "The Child Sexual Abuse Accommodation Syndrome", along with being the author of numerous articles and books on the topic of child abuse.  Dr. Summit was a founding member of the boards of directors of Parents Anonymous and the American Professional Society on the Abuse of Children. Dr. Summit founded the Los Angeles County Child Sexual Abuse Project and the UCLA Family Support Program.

Back in 1981 Roland Summit was quoted as saying "As much money must be spent on the victims of child abuse as is spent by society to incriminate and punish those who abuse the youngsters", at a conference in California.

He also stated that "For centuries, sexual abuse of children was treated as a myth, said to be exaggerated or even blamed in some cases on the children themselves".

Dr. Summit continued by saying ''We are seeing sexual child abuse in a radically different light than we did 10 short years ago. In a way, we're discovering it now - we believe it now.''

''The difference is that a few years ago children would encounter sexual abuse and would find nobody in the adult world who understood them when they attempted to make their problems known.'' He said "statistics show that most adults who abuse children sexually are neither mentally nor emotionally ill".