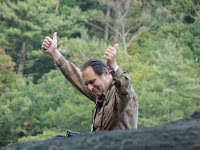 It took Murray 54 years to come forward and share his story of being sexually abused at the age of 12 by Rabbi Ephraim Shapiro, and once he did he did everything in his power to shine a light on his offender.

The Awareness Center believes that Murray is a war hero -- and like with other warriors he deserves to be honored and shown a great deal of respect.  Just as many individuals stand up when their rabbi enters a room, the same sort of respect and honor should be shown to Murray Levin.  We say this because over the last few years he has been doing everything in his power to try to speak out and change the laws in Maryland to make the state a safer place for children, including his own children and grandchildren. He has also been a dedicated volunteer for our organization.