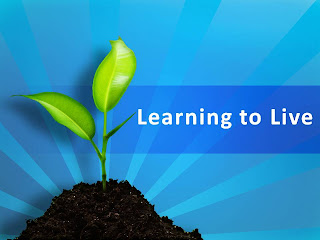 Important Reminder: When reviewing this list it is important to remember that the information provided should not be used as the soul determiner of childhood sexual abuse. This list only provides the reader with a list of some common Coping Mechanisms that are used by many adult survivors of childhood sexual abuse. It is also important to remember that coping mechanisms are learned behavioral patterns used to cope. They are not necessarily all "good" or "bad". Many individuals have used their abuse learned coping mechanisms to benefit them professionally and in other personal situations.

3. Denial is more comfortable for both a child and adult survivor to pretend the abuse never occurred, than face the emotional/psychological pain of the violation.

5. Splitting. Seeing the world in terms of black and white (no shades of gray). Common in survivors when the behavior of the offender was either abusive or loving (no middle).

6. Lack of Integration. On the inside feeling you are bad/evil. On the outside being a super achiever. Developing a "false self".

7. Out of body experience(s) during the abuse. Feeling that one watched the abuse occurring to one's body.

8. Control Issues. The more chaotic family life in childhood, the stronger control issues are an issue.

9. Dissociation/Spacing Out. Everyone does this at times; the difference is degree and frequency. Example of normal dissociation: Driving a car and realizing you are farther along then you believed.

10. Hyper awareness/Super alert. Awareness of everyone and everything around you.

11. Workaholism/Business. Staying busy is one way of avoiding feelings.

12. Escape/Running away. Passive ways include reading books, sleeping and watching television. It's important to remember fantasies can be the source of a rich creative life and can be vital to healing.

13. Psychiatric Hospitalizations. Can be used as a respite from intense feelings and/or flashbacks.

14. Self - Mutilation/Self-Harm/Self-Injury. Internalization of offender. Instead of being hurt by victimizer, survivor hurts one's self. Often releases intense feelings and/or numbness after mutilation occurs.

15. Suicide Attempts. Often occurs when survivors feels trapped with no way out. "Don't kill yourself, call a friend, your therapist or a crisis hot-line instead!"

17. Addictions are common ways of coping with the pain of sexual abuse. They are usually self - defeating and self - destructive (drugs, food, gambling, sex . . . ).

18. Lying. When children are told not to tell anyone, the offenders are teaching children to lie. Many survivors are compulsive liars, the abuse being the biggest of them all.

19. Religion. Safety can be found attaching one's self to a belief system that has clear boundaries and rules. Traditional religion can provide an anchor. The lure of divine forgiveness can be a powerful pull for the survivor who still feels the abuse was his/her fault. Unfortunately, destructive cults can also be alluring to an adult survivor for some of the same reasons.

20. Avoiding Intimacy. Seeming open and friendly on the surface but hiding real feelings inside. "Avoiding intimacy keeps one safe - and sometimes leads to positive traits such as independence and autonomy-- it also means missing out on the rewards healthy relationships can bring." (E. Bass & L. Davis, 1988).

21. Manipulation. Adult survivors, who are diagnosed as having a Borderline Personality often are told they are being manipulative. Once they are able to identify, process and express feelings attached to manipulative behavior and taught other ways of getting needs met, the manipulation will usually cease.