Rabbi Yochanan Hayout was questioned by police after allegations were made by an El Al Airline employee of sexual assault. 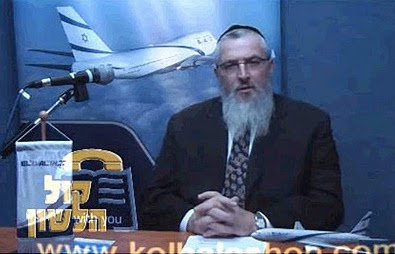 Police question Rabbi Yochanan Hayout due to employee's complaint that he forced himself on her. Rabbi denies all allegations, may face charges

El Al Airlines' Senior Rabbi, Yochanan Hayout, is suspected of indecent assault of an employee at the Ben Gurion Airport, Ynet learned Monday. Hayout was questioned by the police, which recommended that he be indicted.

According to the complaint, Hayout abused his position in order to make sexual advances at the complainant, including kissing her against her will. The woman complained to her supervisors, who then took the matter to the police.

Ben Gurion Airport police called Hayout in for questioning, but he was released after denying the allegations.

Despite Hayout's denial, police believe there is basis to the allegations. Hayout was instructed to stay away from the woman and police have advised the State Prosecution to file an indictment against the rabbi.

The prosecution is expected to hold a hearing on Hayout's case before stating its decision.

Advocate Uri Kenan spoke on behalf of Rabbi Hayout, saying: "Everything we have will be delivered in the prosecution's hearing. All I can say is that the rabbi denies any criminal offense."