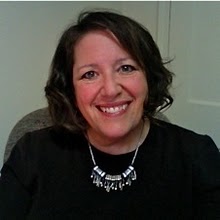 Vicki Polin, MA, LCPC is a Licensed Clinical Professional Counselor, with just over 30 years of experience working in the Anti-Rape movement.

Vicki has an undergraduate degree in Women's Studies from Roosevelt University, and a Masters Degree from the University of Illinois at Chicago.  Vicki also attended Neve Yerushalayim School of General Jewish Studies, Jerusalem, Israel and The Etz Chaim Center For Jewish Learning, Baltimore, MD.


In the past Vicki has qualified as an expert witness and provided testimony in juvenile court on cases related to childhood sexual abuse and neglect. She has presented educational and experiential seminars to community groups, universities, and at professional conferences internationally –– including at Jewish Women International (JWI), Jewish Orthodox Feminist Alliance (JOFA), National Organization for Women (NOW) and the United Nations Conference on the Status of Women.   Vicki has also provided testimony at legislative hearings across the country.

Vicki Polin was nominated twice and was a semi-finalist in 2010 Jewish Community Heroes Award, put together by the Jewish Federation of North America.
Vicki served as a board member of several different not-for-profit organizations, which included VOICES in Action, Inc and Alternative Behavior Treatment Centers: For Juvenile Sex Offenders and Sexually Reactive Youth). Vicki was also a member of the planning committee of Jewish Women International (JWI) 2nd International Conference on Domestic Abuse.  She also served on the Family and Sexual Violence Coordinating Council of Howard County, Maryland.

Vicki's past volunteer work has included being a Rape Victim Advocate in Chicago, Disaster Mental Health Worker for the American Red Cross, a Volunteer Speaker in conjunction with a rape crisis center, hosted several chats on AOL in the Jewish Community Online, Jews for Judaism and for Etz Chaim Center for Jewish Learning in Baltimore.

Vicki was the editor of "The 1997 - Chicagoland Area Sexual Abuse Resource Guide for Care Providers and Consumers"; and also contributed to the book -- "Art Therapy Practice: Innovative Approaches with Diverse Populations", by Harriet Wadeson.
For fun Vicki is an artist, amateur photographer and a freelance journalist for the Examiner.

A Blessing and prayer for all the work you do to educate and support others.