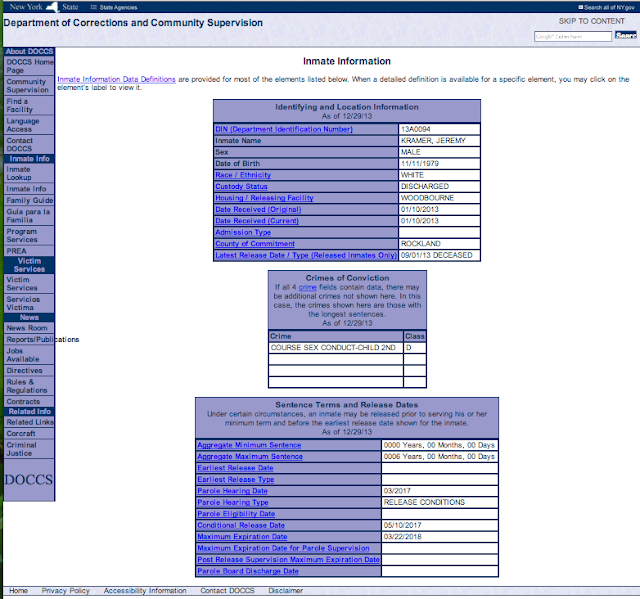 The Rockland County Times has learned that convicted Spring Valley molester Jeremy Kramer has died in state prison at the age of 33, apparently of natural causes. He had been remanded to Woodbourne Correctional Facility in Sullivan County in January 2013 after pleading guilty to child sexual abuse and receiving a six year sentence.
Kramer died in custody on evening of September 1. New York State Corrections records indicate he had entered the infirmary following medical complaints and then collapsed. An ambulance brought him to the hospital where he perished. The precise cause of death is not known because an autopsy was not performed due to religious objections.

UPDATE — Jeremy Kramer is not the same man as Yakov Kramer, as had been reported earlier.
Editor’s note – It is generally against newspaper policy to mention the race or ethnicity of subjects without proper cause. However, due to the error of identity in the original article, Jewish blogs picked up the story and have requested we clarify that the ethnicity of the deceased perp was indeed Haredi Jew. That information is correct, he was.