Case of Rabbi Leib Tropper
This Page is Under Construction 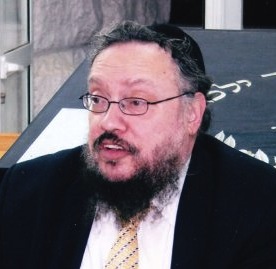 Michael Ozair was the co-administrator of the Reb Shlomo Carlebach List.  Ozair wrote:

So glad to have finally joined the chevre on the Net. Let's spend less time as baalei machloket and more time in connecting to what we have in common, that is, celebrating the legacy of who our great rebbe was, is and ever shall be.

As a fairly new resident in Monsey, NY (and one of the founders of the Happy Minyan in Los Angeles), I want to share two interesting incidents that happened this morning. First, my Rosh Yeshivah, Reb Leib Tropper called all the yeshivah students in for some pretty heavy duty mussar after having heard that somebody had made a derogatory remark about Reb Shlomo Carlebach. The Rosh Yeshivah was FURIOUS and gave a very firm warning to the entire yeshivah, threatening expulsion. He stated clearly that there was a cherem against those who make any kind of derogatory remarks about one who has passed away. Although, not all the rabbis of this yeshivah think very highly of Shlomo, the Rosh Yeshivahs eyes instantly fill with tears at the mention of Shlomo's name. I should also note that every Friday night, the entire davening is Shlomo's nusach and is one of the most simchadik minyanim for Monsey standards. Also, I went to Tuvia's bookstore, the largest Jewish bookstore up here, to purchase a few seforim, when lo' and behold, right up there, hanging on the wall, along side all the big rebbes and Torah giants, was not one, but three pictures of our Rebbe Shlomo Carlebach, zt"l. I should also note, Shlomo was the only one smiling.

Anyways, here is Part I of an article Neilah [Shlomo's widow] had written on Reb Shlomo's life and legacy for The Happy Minyan's newsletter, Kol Sasson. More articles, torahs and goodies will be on the way!

The Survivor of Rabbi Leib Tropper Is A Hero!

I've watched many friends over the years go through the conversion process (both male and female). They are basically at the mercy of the converting rabbi. When the rabbi tells them to jump the only thing they can ask is "how high". I've also seen the same thing happen with Jews who are interested in learning and becoming more observant. They are naive to knowing what is normal for a rabbi to do.
It's not uncommon for an individual to have deep feelings for a person who is giving them very special attention. This is true for doctors, lawyers, therapists and even rabbis and cantors. The problem is that there is a small percentage of professionals who take advantage of the power and authority they have over those they are working with.
Though the woman in the tape recordings in the case of Rabbi Leib Tropper is an adult, when it comes to situations like this she is the victim.  I do not believe she deserves any blame.

Rabbi Tropper, is an orthodox rabbi who is married -- with children. He holds all the power over the woman in the conversion process. I personally believe we should all consider this woman a hero for stepping forward, having the tenacity of recording what was going on, and then sharing it with the rest of us.   I'm sure she was hoping that by gathering proof of what was happening to her, would help to stop the madness going on in her life -- and also to protect any future woman from being placed into a situation in which they are sexually exploited. Who ever this brave woman is, I wish her all the best and want her to know that The Awareness Center is here to help her in any way we can.

Thank you so much for exposing this man and anyone else who is involved with the sexual exploitation of yourself and any other women who has been abused.

If you or anyone else needs help, feel free to contact The Awareness Center at 443-857-5560 or by emailing me at: vickipolin@aol.com


The Awareness Center suggests that if you were sexually involved, manipulated, abused or victimized by Rabbi Leib Tropper (or any other rabbi) you consult with an attorney before talking with any rabbinical organization.  For a list of attorneys who have experience with clergy sexual abuse click here to insure that your civil rights are not violated.

Here's a link to an article by Ken Singer about how sexual predators "Groom" their victims into having sexual contact with them:  "Grooming" or Setting Up Your Victim"

Dec 22, 2009 -- We are deeply appalled, saddened and pained by reports that have reached us concerning alleged inappropriate behavior on the part of the chairman of the rabbinic committee of the Eternal Jewish Family, Rabbi Leib Tropper. We need to wait for more complete information before we can react fully.

Nonetheless, at this time, we would make the following points clear:

1. What we have heard, if true, violates the fundamental elements of all that Judaism holds sacred.

2. We urge anyone who might have been victimized to seek appropriate counseling and we, at the Rabbinical Council of America, remain ready to refer anyone who needs such assistance to the appropriate professionals.

3. Anyone who may have any questions of Jewish Law regarding conversions should feel free to contact our Geirut administrator, Rabbi Michoel Zylberman, at 212-807-9000 ext. 3.

The Awareness Center wants to thank Shannon Orand for her bravery and tenacity.  Shannon was named as one of the 2009 Rape Victim Advocates of the year.

The Awareness Center asks that people stand up when Shannon Orand walks in a room as one would do for a rabbi to show honor and respect for this  hero and a role model for other women.

Jewish Israel would like to wish a heartfelt Mazal Tov to JI member Shannon Orand upon her conversion to Judaism which she received in Israel earlier this week. Welcome to the Jewish people, Rachel (Shannon’s Hebrew name)!

Disgraced and Exiled Rabbi Is Back in Business
Leib Tropper is teaching and lecturing in Staten Island
By Allison Hoffman
Tablet Magazine - February 21, 2013


The last time we heard from Rabbi Leib Tropper, the ultra-Orthodox rabbi and conversion specialist, he was caught up in both a sex scandal and a multi-million-dollar court battle between the billionaire Thomas Kaplan, chair of the 92nd Street Y board, and his nephew, Guma Aguiar, the former owner of the controversial Beitar Jerusalem soccer team who disappeared off his yacht last year in Florida. Tropper, accused of trading Jewish conversion papers for sexual favors, was forced to leave the Rockland County enclave of Monsey in disgrace.
But that was 2010. Now, Tropper is back, apparently lecturing and teaching at a Staten Island yeshiva headed by Reuven Feinstein, who declined to condemn Tropper at the height of the controversy and who, perhaps not coincidentally, was the beneficiary of a $3 million donation from Tropper’s sponsors Kaplan and Aguiar. (Tropper’s father, Yehuda Tropper, also taught at the school for three decades.)
He’s also been busy building a robust online presence: Tropper now has a Twitter account, a Tumblr, a Flickr feed, a Vimeo page, a Google+ page, and both his own .org and .netdomains. He also has a blog, where he advertises his latest appearances and writes about his travels, including a trip to Paris, where he visited an exhibit on Algerian Jews as well as the “must-see” galleries at the Louvre, the Musee d’Orsay and the Grand Palais.
In January, Tropper also blogged about a lecture he gave on the pursuit of happiness. “Happiness is not the ecstacy [sic] expected by the feel Good culture in America,” he wrote. “It is a more Benign feeling of inner gratification by doing the Right thing.” Indeed.