CALL TO ACTION: Demanding The Immediate Removal of David Mandel as CEO of Ohel

CALL TO ACTION: Demanding The Immediate Removal of David Mandel as CEO of Ohel 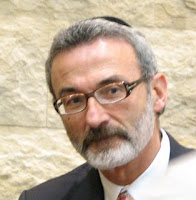 Over the last several years, The Awareness Center has received numerous complaints regarding David Mandel's inappropriate handling of cases of sex crimes in the frum community in Brooklyn and around the globe.
Besides the fact that Mandel continues to act as an "expert" in cases of child sexual abuse, without having any clinical or forensic training in the mental health field.  He also has been reported to provide misinformation when he presents at workshops and conferences around the globe.
Back in 2008, The Awareness Center was able to capture Mandel on film at a workshop in Baltimore, MD.  During this workshop Mr. Mandel told the audience not to report sex crimes to law enforcement, instead to bring the allegations to their local rabbonum.  You can watch his presentation here:  http://www.youtube.com/watch?v=Soo67uqrseE
Considering Ohel receives both state and federal funding -- David Mandel's statements are in violation of the law which requires him and his staff to be mandated reporters.  Meaning if David Mandel or any of his staff SUSPECTS a child is at risk of harm, they are required to make hot-line reports to the state agency immediately, without asking for rabbinic approval first.  Because David Mandel is violation of not only New York law, but the laws of every state he has been presenting at, The Awareness Center is calling for his immediate resignation and removal from his position as CEO of Ohel.
Below are the two highest paid employees of Ohel's staff according to the 2008 - 990 form:
David Mandel, CEO (salary: $308,750.00, plus $22, 572.00 to employee benefit plan and deferred compensation plans)

Howard Lorch, CFO (salary: $202,258.00, plus $29,678 to employee benefit plan and deferred compensation plans)
The Awareness Center is asking that the following  Board of Directors of Ohel Children's Home and Family Services( as listed on their 990 form dated June 30, 2008) be contacted regarding David Mandel's violation of New York and Maryland's law.  The Awareness Center is needing your assistance locating the contact information on all of the board members, since the address given on the 990 form is: c/o Ohel Childrens Home, 4510 16th Ave., Brooklyn, NY 11204
Board of Directors (as of June 30, 2008)