Convicted Sex offender on charges of1st Degree Sexual Abuse.  He was released from prison on March 13, 2013.  His parol expiration date is April 5, 2019.  As of January 1, 2014, Fredy Conde's name does NOT appear on the New York State Sex Offender's Registry. 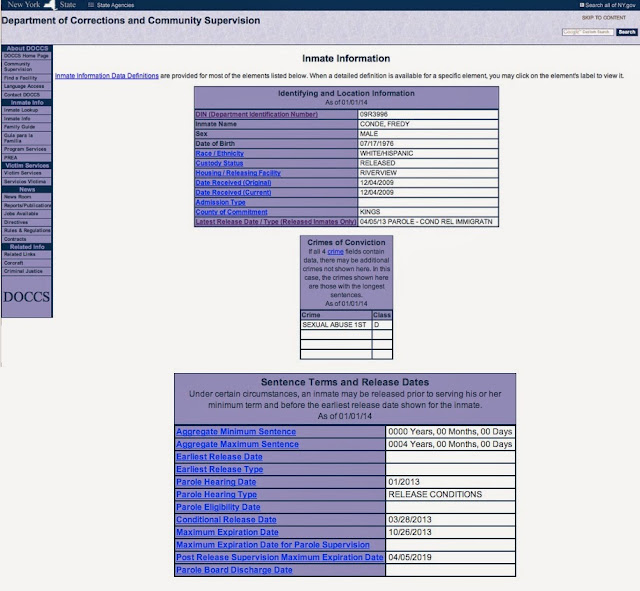