It's difficult for me to want to celebrate Ner Israel's 76th Anniversary, knowing what I know about this yeshiva's hidden secret.  It pains me a great deal knowing how many of their students were sexually abused on their campus.  It angers me that Rabbi Moshe Eisemann is still allowed to live on the NIRC campus -- after so many survivors of his have gone to the NIRC administration and disclosed their stories of sexual assault with them.  What scares me most is the rumors I still hear that Rabbi Moshe Eisemann still tutors students in the privacy of his own home.

Why is it so difficult for the administration at Ner Israel -- who are supposed to be a group of educated rabbis --  to understand that this alleged serial child molester is still a danger to all the boys and young men on campus?

My hope is that as Jews around the globe light the candles for hanukkah -- that a miracle will happen in Baltimore.  Wouldn't it be wonderful if the administration at Ner Israel would be enlightened to publicly apologies for their past errors and make the dramatic changes needed to keep their students safe, and also to do what ever is needed to help heal those who have been already sexually victimized on their campus.  It's time that they start putting the needs of those who have been sexually victimized first, and not those who offend, their institutions or their own personal agendas. 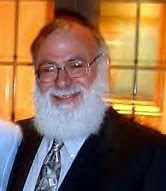 No one knows how many years ago the tradition of molestation started on the campus of Ner Israel.  What we do know is that the founding Rosh HaYeshiva, Rabbi Yaakov Yitchok Ruderman was an extremely honorable man, yet his grandson -- Rabbi Matis Weinberg was the alleged ring leader of a group of teenager boys who ganged raped anyone whom they pleased -- including one of Matis Weinberg's younger siblings.

Just to remind everyone of Ner Israel's past here are a few of the many cases that involved this pristine high school, college and rabbinical school:


Family trees of the honorable families who have been leading this institution:


The 76th Annual Banquet of Yeshivas Ner Rabbinical College paid tribute to 3 of its Alumni members identified with the leadership of the Baltimore Jewish community.

The world famous founding Rosh HaYeshiva and inimitable Gaon Rabbi Yaakov Yitchok Ruderman zt”l, who devotedly served with heart & soul for more than a 50th jubilee, established the Yeshivas Ner Yisroel in 1933, utilizing the facilities of the Tifereth Israel Congregation, the Synagogue of which he accepted the call to serve as its Rov & Moro Deasra, on the condition to establish a Yeshiva of higher learning patterned after his Alma Mater Slabodka Yeshiva Kennesses Yisroel, one of the great “Litvishe” Lithuaniam Jewish educational institutions of higher learning in Europe.

The high point of the evening was dedicated to the honorees, 3 notable personalities who were exposed to the educational teachings & culture of the Ner Israel Rabbinical College.

Well-known city communal leaders enjoy a reputation that requires no introduction; they are Reb Yossie Davis and Rabbi Moshe Rappaport, well known Mohel even beyond the boundries of the city of Baltimore. The honorees are also of disciples the great Gaon Rabbi Shmuel Yaakov Weinberg, ZT”L, who in his more than 50 years of “Harotzas Torah”, spreading Torah, served for 12 years as the Rosh HaYeshiva and Gaon Rabbi Yaakov Moshe Kulefsky, ZT”L.

The large banquet audience were inspired by the messages heard from the eminent Rosh HaYashiva and Gaon Rabbi Ahron Feldman shlita; Harav HaGaon Rabbi Sheftel M. Neuberger, shlita, (a Rosh Mesivta), President/Menahel, successor of his late legendary father Harav HaGaon Rabbi H. Naftoli Neuberger ZT”L, who served diligently beyond the call of duty for more than a half of a century, and, simultaneously, was serving as the “Right Hand Man” and “Confidant” of the first Rosh HaYeshiva ZT”L; and HaRav Rabbi Beryl Wesbord, Menahel Ruchani (Spiritual Dean. Noticeable in the audience was the presence of Rebetzen Channa Weinberg, faculty, administrators and the Rabbis.