Mandated Reporting in NJ: Dr. Pelcovitz, what are you thinking?

by Vicki Polin
Examiner - May 6, 2012
http://www.examiner.com/article/mandated-reporting-nj-dr-pelcovitz-what-are-you-thinking

The saga continues with the dynamic duo of David Mandel (director of Ohel Family Services) and David Pelcovitz (licensed psychologist and Yeshiva University professor). Both have been speaking at workshops in haredi communities around the United States and NOT providing parents with the most important information needed to protect their children from being abused.  Once again these two self proclaimed experts omitted providing parents in Lakewood, NJ the necessary information regarding mandated reporting.

The ongoing issues of Pelcovitz and Mandel not talking about mandated reporting during workshops is partially due to the fact they continuously cave into political pressures from various rabbonim -- who mandate that individuals get permission from rabbis prior to reporting suspicions of child abuse and or neglect to law enforcement officials or making hotline reports without the permission of local rabbis first.  Several experts in the field of mind control have described the ciphering information to its membership by any community leader, such as the rabbonim of Lakewood, as being a form of cult like behavior. 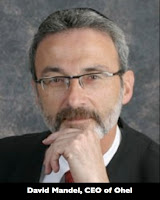 On May 3rd, Dr. Pelcovitz and David Mandel spoke at a symposium held at Ateres Riva that was sponsored by the Lakewood Community Services Corporation, and organized by Rabbi Moshe Velvel Weisberg who is a member of the Vaad of Lakewood (Jewish religious court).

A few days after the event an audio recording of psychologist David Pelcovitz was released on youtube.com.  On that recording Dr. Pelcovitz  admits to a concerned parent that he was asked NOT to discuss calling the police in suspected cases of child abuse during the workshop.
What is interesting is that in the state of New Jersey, EVERYONE is a mandated reporter, including individuals giving workshops on child abuse and neglect.  In New Jersey, mandated reporting does NOT mean going to your local orthodox rabbi first to get permission.  The truth is that pressures from the rabbonim in Lakewood could also be construed as a form of witness tampering, and should be reported to local, state and federal law enforcement officials.

In the Asbury Press article published back in 2009, “Culture clash: Secular law and the Torah: Orthodox community deals with sexual abuse”,  Rabbi Weisberg stated:  “The town's rabbinical leaders strongly deny their residents are discouraged from reporting suspicions to law enforcement as a way to avoid outside stigma. If anything, they say, there is an increased hypersensitivity toward ridding the community of offenders swiftly and openly. But because of an inherent distrust in the secular legal system, a fear of a destroyed reputation or an uncertainty of the evidence, another option is needed. Their system offers those people who are reluctant to go to authorities another channel through which to bring allegations that otherwise would never be heard.” . .  .  "The moral weight of a Bais Din can have a tremendous effect as an incentive for perpetrators to stop their activity for fear of community sanctions," 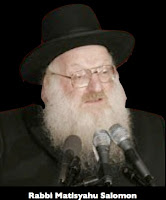 During the 2006 Agudath Israel of America conference, Rabbi Matisyahu Salomon -- who is not only a highly respected teacher at Lakewood's Beth Medrash Govoha yeshiva, he’s also the head spiritual advisor (mashgiach ruchanai) -- and is one of the rabbonim who allegedly apply pressure not to report suspicions of child abuse and neglect to authorities, addressed the handling of sensitive matters such as sex crimes in the context of criticizing anonymous bloggers.

"Yes, I would say we do sweep under the carpet sometimes," Salomon said at a 2006 convention for Agudath Israel of America, a national organization of Jewish leaders. "You know what we sweep under the carpet? Not what we don't do; what we do. Do these people know how many times perpetrators have been dealt with? Do these people know to what extent one had to have the courage to stand up against public opinion in order to make sure to protect our children? The only thing is, that was swept under the carpet, because we protect human dignity . . . And sometimes if the thing is not proven 100 percent, yes, we are guided by the Torah . . . . we don't jump to conclusions but we are consequent."
In 2009 Rabbi Salomon reiterated “that perpetrators and predators must be punished, albeit not in the limelight."

In 2009 Rabbi Salomon reiterated “that perpetrators and predators must be punished, albeit not in the limelight."

According to psychologist, Michael J. Salamon, author of the book “ABUSE in the Jewish community”, "If you are a mandated reporter and you delay making a report you are contributing to the abuse of others." 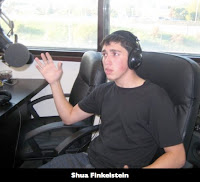 It wasn’t until Shua was 19 years old that he had enough courage to disclose to his mother that starting at the age of 6 he started being molested by and older male.  After Shua’s death his mother Rivkah Finkelstein was asked why she didn't report the crime to the police.  Rivkah responded by saying the idea of reporting didn't occur to her.  Like many others living in communities like Lakewood, she was given the impression that by reporting the abuse she might increase the incidents of anti-Semitism or even start another pogrom.  The message to community members was that it was best if issues like this were handled by the rabbonim.  Eventually, Shua Finkelstein’s alleged offender was put into therapy.  Yet no one knows if the therapist was someone trained in working with sexual predators.

Going to a bet din (Jewish religious court) to handle sex crimes is ludicrous. The truth is that not one rabbi has forensic training let alone taught victim sensitive interviewing techniques -- which take us back to the fact that by David Pelcovitz and David Mandel not teaching parents in Lakewood to make hotline reports, they are enabling sex offenders to continue on with their molesting careers.

Please help educate the parents in Lakewood along with other  ultra-orthodox communities in New Jersey that if you suspect a child is being abused or neglected YOU ARE MANDATED to call 1-877-652-2873.  If the child is in immediate danger, call 911 as well as 1-877 NJ ABUSE. A concerned caller does not need proof to report an allegation of child abuse and can make the report anonymously.