The following article is the first part of Vicki Polin's presentation at the United Nations Conference on the Status of Women that wasn't recorded.

In any community where people do not trust the outside world they become more vulnerable to predators from within their own communities. This is true for people of all faiths, especially those who live within more insulated communities, which includes those who come from a Christian, Buddhist, Muslim or Jewish faith based community.

Being a Jew, and after working within various movements within the Jewish faith for the last 14 years, I feel most comfortable speaking about the experiences of Jewish survivors of sex crimes.

To understand the responses of Jewish communities dealing with sexual abuse or assault, we all must be aware that for over 5700 years, the ugly face of anti-semitism has always shined brightly when it came to be known that a Jew committed a crime.

Needless to say for many Jews, there became a distrust of outsiders. From my own person observations I can say there seems to be more of a heightened fear of the non-Jewish world from those who survived the holocaust, including the following generations along with those who live within the more observant Jewish world.


Because of past experiences of anti-semitism and the fear of retaliation from the non-Jewish world -- the handling of allegations of cases of emotional, physical and sexual abuse have mostly been handled by members of the clergy and or various Jewish community leaders -- and NOT by secular law enforcement agencies.

Just like those from other faith based communities, these clergy members and community leaders had little if any training in forensics, let alone conducting victim sensitive interviewing. Needless to say, those who were victimized by sex crimes are being revicitimized and are still being shamed and blamed.

So the question has been asked, how can we prevent a survivor of emotional, physical or sexual abuse from being revictimized? The answer is not so simple. I personally believe it’s a societal problem.

As long as those in leadership positions blame those who have been victimized for the crimes committed against them, it will make it difficult for one to heal, let alone to hold their heads high and say “I survived”.

For those who were victimized as children, they often need to learn how to replace the tapes playing in their heads that they were “bad, dump, dirty little girls or boys”.

Adults who were abused as children often carry an array of symptomologys which can often lead them into patterns of being re-victimized. 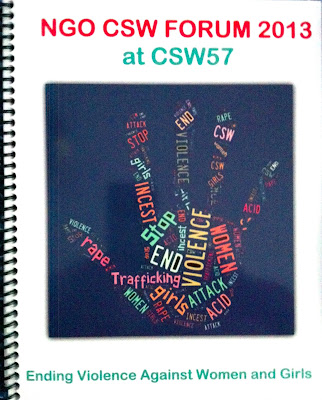 It’s widely known in the trauma field that there’s a correlation between those who have been abused as children to those develop such things as low self-esteem, post-traumatic stress disorders, depression, eating disorders, various types addictions, and a whole array of other mental health issues.

When someone has been traumatized, the first 24 - 72 hours are critical for the survivor to share with other’s what happened to them.

If someone was robbed on the street, they would share their story. Would not get blamed.

The truth is, that I am a survivor of child abuse and have been revictimized as an adult. For me, with hindsight I know the answer to why these things happened. Even though my gut was warning me something was wrong, I didn’t pay attention. I rationalized away that ah oh feeling. This is something everyone does, even those who were not abused as children -- but to a lessor degree.

Though we all wish that we could control the universe and never be victimized again, the truth is we can not. But what we can do is to learn how to identify and process our thoughts and feelings, without blaming ourselves if we do get revictimized and to ask for help as often as we want or need to.