Look what those radical feminist in the 1970s started.  If it wasn't for them, no one would be talking about sex crimes.

Sexual Assault Awareness Month was created to honor the Anniversary of this First  Conference on Rape, which was held April 17, 1971. 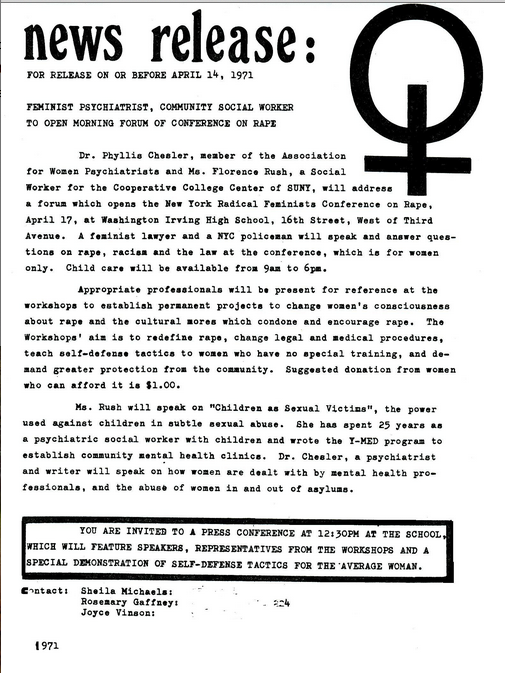