Case of the Unnamed High-Tech Executive

A high-tech executive and father of three from the Sharon region was convicted of committing serious online sexual offences. He was charged with taking advantage of the innocence of dozens of 11-16 year-old girls and one boy to fulfill his lustful desires, living a double life over years. 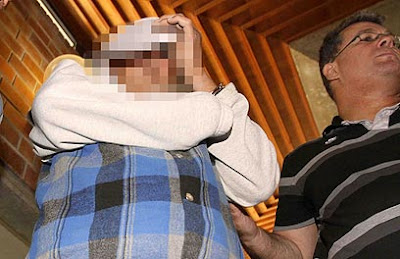 The Lod District Court approved a plea agreement Wednesday morning with the 42-year-old CEO of a high tech company from the Sharon area who admitted to committing sexual offenses on young girls. The man made the admissions within the framework of the plea agreement in which he pled guilty to 29 counts. Four counts which appeared in the original charges were erased.

The prosecutor, attorney Michal Mazor-Koller and the defendant’s lawyer, Moshe Oren, could not reach an agreement regarding punishment. The prosecution is demanding a long term prison sentence, while attorneys for the defense are requesting a shortened sentence. Prior to the sentencing hearing, the defendant will be sent for evaluation.

In the original indictment filed against the man in June 2012, it was stated that he took advantage of dozens and possibly hundreds of children. The indictment listed 33 counts and described how the defendant convinced a 13-year-old boy to commit sodomy and indecent acts on his 11-year-old sister.

Using the names Shiri, Gali, Alona and Natali, the defendant took on various personas, also presenting himself as a boy named Tomer.

He succeeded in entrapping young boys and girls on the web, encouraging them to commit rape, sodomy and other indecent acts upon themselves. Using Skype, Messenger, ICQ and Oovoo, after girls would accept his connection request, he would encourage them to perform sexual acts, taking advantage of their young age, curiosity and naivety.

The defendant had regular behavior pattern: He would introduce himself as a sexually experienced girl, convincing them that he was their age.  Once they believed him, him, he would get them to commit upon themselves the sexual acts.

According to the indictment, the man committed these acts in his home and at the office, both during work hours and after work. The entire time he lied to everyone around him, including his wife, his children, his employees and his employers. No one had any idea what was going on behind the closed doors. 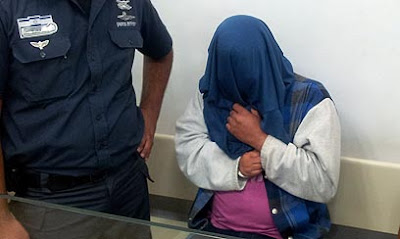 Two weeks ago a high-tech executive and father of three from the Sharon region was convicted of committing serious online sexual offences. In official language these were dubbed indecent assault and attempted sexual assault of a minor. In less legal terms, he is charged with taking advantage of the innocence of dozens of 11-16 year-old girls and one boy to fulfill his lustful desires, living a double life over years.

The executive's immediate surroundings were stunned by his arrest, however his testimony, obtained by Ynet and presented for the first time, reveals his well crafted methods. The executive has waived his right to a lawyer and expressed willingness to be rehabilitated in jail, but before that he told investigators his story.

"Thirteen years ago I started chatting through the ICQ. At first I was myself, and spoke to adult women about sex. At one point, I came to understand that I can get more if I pretend to be a girl. When I say 'more' I mean more openness to sexual topics, and the conversations focus on their sex lives."

According to him, only over the past four years did he begin communicating to young girls.

Using programs such as ICQ, Messenger and ooVoo "whatever was trendy, from home or from work" he used aliases like Shiri 3757, Gali Feldman, natali and lev to seduce young girls.

"Every time I used a different name. I would search (for girls) according to names and send friendship requests. A small portion would accept, and some would agree to talk. Then I would steer the conversation in a sexual direction."

In the conversations he would talk with the girls about their sexual development, and would present himself as sexually experienced girl named Shiri or Gali or Alona.

The naive victims would send him pictures at his request, and afterwards he would talk to them about their physical and sexual development.

As someone who was "experienced" he offered to teach them about sex, and among other things "instructed" them how to touch themselves.

If one of the girls refused to cooperate and do what he asked, "at times, I could convince them."

He also admitted to blackmailing the girls, pretending to be a hacker that broke into their computer threatening to publish the photographs if they refused to do what he asked.

According to him, "I knew that pedophiles that have sex with children are cruel and hurt them, I always felt like s*** after it was over… I knew that I was doing something that was wrong."

"I couldn’t hurt the girls," he explains, "so I needed to get into a certain character to get excited. I would never do that as a man to a boy or a girl. I felt I was a little girl, and then it was easy for me to do it."

The original indictment charge against the executive was filed in June 2012. It was 44 pages long and included 33 testimonies relating to 32 specific offences and one general offence related to the conversation history files he kept on his computer. But according to the police there was more.

The police explain that the time allocated for evidence collection between the moment he was arrested until the indictment filling was not enough to properly review all of the material found on his computer.

The two sides ended up sign a plea bargain, in which the suspect admited to the allegations against him and recognized that he suffers from a problem, with almost all of the original charges against him intact. However, they failed to reach a compromise regarding his sentence, with the state demanding a double digit sentence.

State and police officials claim they are fighting the pedophilic online onslaught, but still "there needs to be more energy and resources invested into this, in a more decisive manner."

In this case, the man's arrest was brought on by the alertness of the father of one of the girl, aged under-14.

One day, upon arriving home, the father noticed the computer open to a chat conversation in which a young girl was talking with his daughter about the fact that her parents refuse to let her open a Facebook profile.

On closer inspection, he saw that his daughter was talking with "Shiri 3757" and noticed that the conversation had shifted to sexual topics, inappropriate for children her age.

Shiri, it turns out, had sent his daughter a nude picture of herself and requested she do the same.

More and more, sexual predators do not meet their victims face to face. The offences are usually done over the internet, usually with the help of cameras, and hence create a major challenge for law enforcement officials and judges.

For example, in the current case, it took over half a year from the moment a complaint was lodged – by the aforementioned father – and until the executive behind Shiri 3757 was revealed and arrested.