Who are Jewish survivors of sex crimes?  What do we look like?

Just as in any other faith or group, we make up at least a quarter of the population of our communities.

The Awareness Center needs your help in compiling a list of names of Jewish survivors of sexual abuse and sexual assault who have gone public.  If you know of any that are missing from the following picture, please let us know right away so they can be included.  If you are a Jewish survivor of a sex crime and want to be included, please forward your name and photograph to: VickiPolin @ aol.com

The purpose of this is photograph is to help Jewish survivors of sex crimes to feel empowered.  It's vitally important to remember you are not to blame for being sexually victimized.  Both the blame and shame belongs solely to the perpetrator(s) and those who might have assisted in covering up the crime.

As survivors when we stand together we become a very powerful voice and political force to be reckoned with.  Remember according to statistics just about 1/4 of the worlds population are survivors.  Can you imagine what would happen if our voices became united? 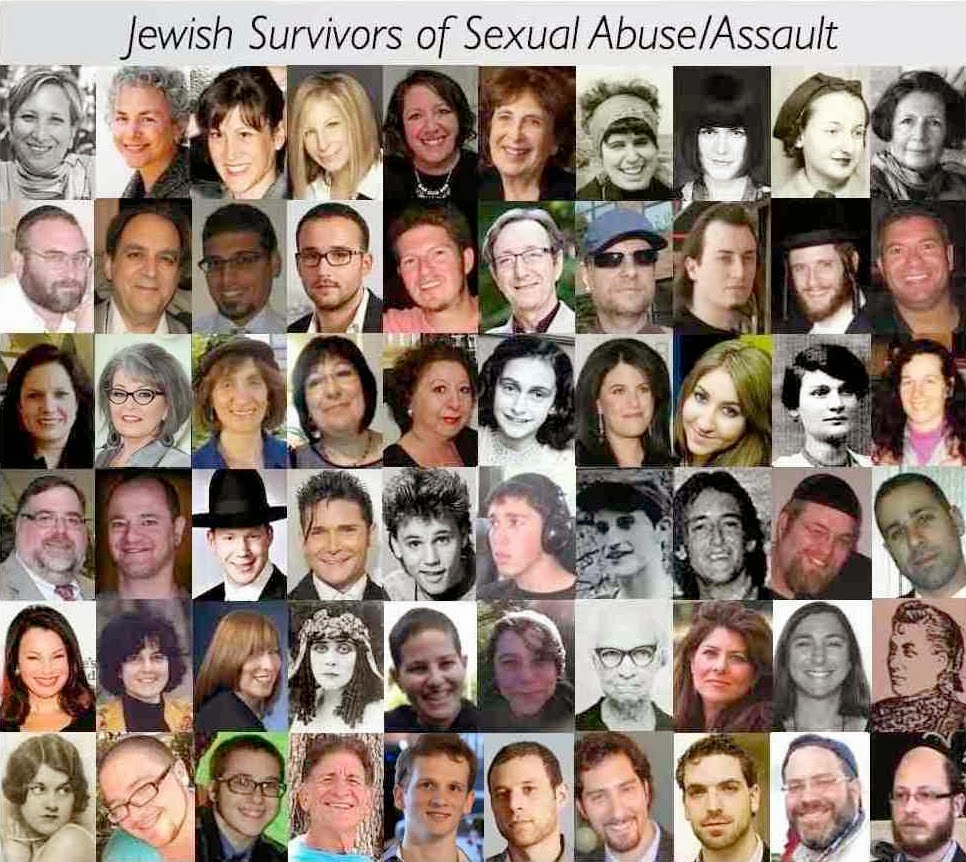