It's time for everyone to learn HERSTORY.  If it wasn't for the suffragist movement, there would be no Anti-Rape movement.

Did you know it took women nearly 75 years to get the right to vote?  Many female activists were not only arrested and tortured, there were also many who were murdered in hopes of making the US government to realize that women were just as human as men.   Don't turn your backs on what these brave women accomplished.  In their honor be sure to vote on November 6th. 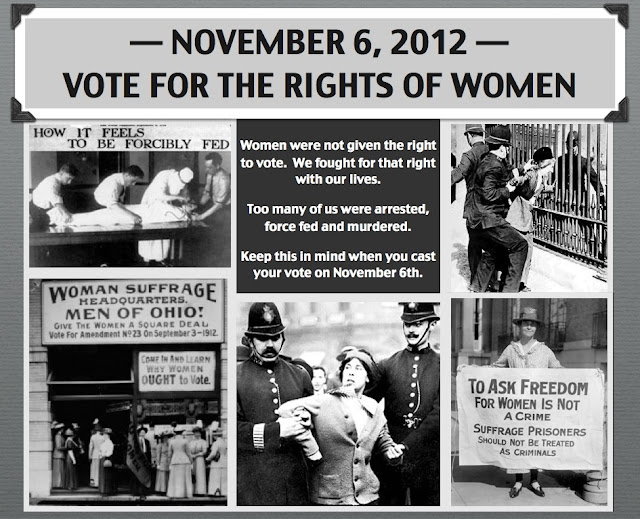