The letter above is regarding the case of Rabbi Stanley Levitt who was convicted of sexually assaulting 3 boys back in the 1970s.  Over the years there have been other allegations made regarding this convicted sexual predator.  Levitt currently resides in Baltimore, MD 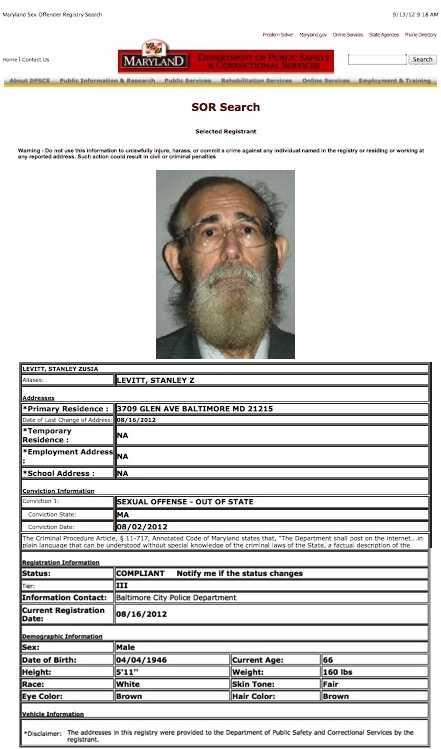