Ex-Haredim in Israel shaken by spate of suicides

Ex-Haredim in Israel shaken by spate of suicides
Seven formerly ultra-Orthodox young adults have committed suicide in 18 months; 'My goal is to prevent a wave,' says activist.
By Yair Ettinger
Haaretz - January 6, 2014 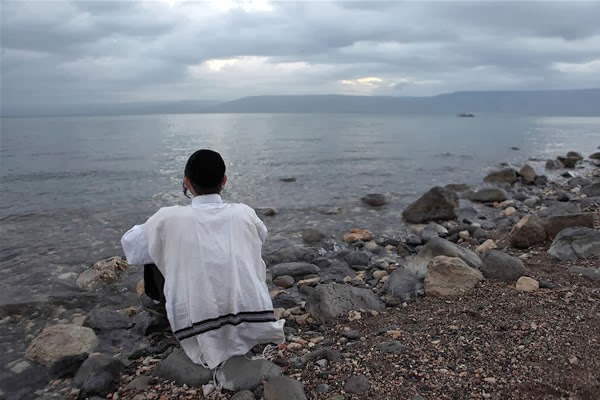 The young people who gathered Sunday at Jerusalem’s Shamgar Funeral Home were unfortunately no strangers to the place. Only Thursday they had been there for the funeral of M., a friend who had committed suicide, and now they were there for A., who had also taken her own life.

Both of the dead had been in their 20s and grown up religious, but had chosen to leave the observant way of life. According to those working with Haredi young people who decide to leave their communities, seven such young adults have committed suicide over the past 18 months.

A., the seventh, hadn’t actually been Haredi. She came from a religious Zionist family in Jerusalem’s Katamon neighborhood, and became friendly with a crowd of former Haredim only after her divorce. Unlike many of her new friends, she had not been disowned by her family. On the contrary, she lived near her parents, who were helping her support herself and her 3-year-old daughter.

A., a fragile, smiley young woman, became actively involved with the community of former Haredim, developed a relationship with a former Ger Hasid. He committed suicide a year and half ago by inhaling cooking gas. Over the weekend, A. jumped to her death at a Tel Aviv hotel.

These last two suicides have shaken up the community of former Haredim, which numbers several hundred, many of whom forge close relationships with one another to replace the families that in many cases have abandoned them. The feeling that they are part of a solid, growing community has increased over the past few years as members connect through Facebook groups and forums, some run independently and some by Hillel, an NGO that helps former Haredim fill the gaps in their education and make the transition into general society.

Hillel director Yair Hass says his group has 450 registered members, with 20 people seeking to leave the Haredi community contacting them every month. Three of the seven suicides were Hillel members. “Seven members within a year-and-a-half is a tragedy for a small community like ours,” said Hass. “But I’m not sure this represents an increase. Today our group is growing rapidly and everyone knows what’s happening with everyone because of the social networks.”

As often occurs, the recent suicides have led to spontaneous memorial gatherings and the opening of new Facebook groups in which the deceased’s friends post recollections and eulogies. Older activists are trying to moderate the responses somewhat, fearing that preoccupation with the suicides may lead to desperate acts by members who are considered at risk. Hass estimates that some 20 people affiliated with Hillel are in this category.

“My goal now is to stop this from becoming a wave,” he said. An interview with him on Sunday was interrupted when he had to deal with a 21-year-old girl who had been posting threatening statuses on Facebook.

Hass was in close contact with M., who had grown up in a Lithuanian-Haredi household, and was aware of M.'s suicidal tendencies. Hass had finally convinced M. to seek treatment as an outpatient at a psychiatric facility in Netanya. Last Tuesday, however, M. showed up, apparently uninvited, at his brother’s engagement party in Jerusalem, and a relative later told Hass that M.’s brother demonstrably ignored him. The following day, as he was returning to Jerusalem from his therapy session in Netanya, he stopped in Ramat Gan, climbed up on a crane at a building site, and jumped to his death.

On Thursday, the day of M.’s funeral, Hass got another troubling report. A Hillel psychologist told him about another young man who was threatening to commit suicide with two other young women, one of whom was A. Although none of the three knew M. personally, his death had apparently influenced them. A.’s friends told Haaretz that she was constantly talking about taking her own life, and even declared that “after another one commits suicide, I’m next.”

After making sure that the young man would spend the weekend with an older Hillel member, Hass inquired after A. and her friend, who told Hass that she and A. had each made plans to spend Shabbat with a different friend, whose names she gave. But late Friday night, the friend called Hass and confessed that she had lied. She and A. had rented a room in a Tel Aviv hotel and planned to commit suicide.

Though the women would not tell him at first which hotel they were in, Hass raced from Jerusalem to Tel Aviv and called the police to give him their cell phone numbers so they could be traced. En route to Tel Aviv he finally got the women to tell him that they were at the Sheraton Hotel, and informed the police. But before either Hass or the police could get to the hotel, the friend called Hass to tell him that A. had jumped to her death.