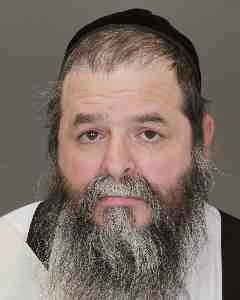 Was arrested and charged with a felony after being accused of repeatedly molesting a young boy for over a five year period.  Moshe Taubenfeld also goes by the name of Mendel Zarkowsky.

It's important to keep in mind that statistically the sexual abuse of children happens within every society equally. Pedophilia has NO religion.

The ongoing problems in New Square and within any other insulated community is that those in leadership positions appear to care more about their reputations and assets then they do about the safety of their children. The Awareness Center wants to thank the survivor of Moshe Menachem Taubenfeld for doing what they need to heal and for coming forward and speaking their truth. The survivor should be seen as a hero and when they enter a room, we believe everyone should stand up and applaud their bravery!

Goldie Taubenfeld left her home in the upstate chasidic village of New Square last Sunday to travel to Israel to celebrate a family wedding, as many American Jews do. In tow were husband Moshe Menachem and two of their 13 children, 16-year-old daughter Batsehva and son Shmuel, barely 6 months old. On Tuesday, a day after the wedding, the 43-year-old mother brought her children to pray at the Western Wall, Judaism's umbilical cord to its Holy Temple, destroyed nearly 2,000 years ago. That was her last act. Goldie and her baby were among at least 20 killed (including five other children) when a city bus leaving the Western Wall was blown up by a Hamas suicide bomber disguised as an Orthodox Jew. The bus was packed with other worshippers returning from the Wall. "She had a golden heart," niece Sarah Miriam Green told The Jewish Week Wednesday morning. "She had the best personality in New Square." Goldie's parents and two eldest sons immediately left for Israel to reclaim the bodies, Green said. Goldie's maiden name was Schwartz, and family members are longtime prominent residents of New Square, a chasidic sect that established its own village in Rockland County 50 years ago. While her married name was Taubenfeld, her passport said Goldie Zarkowsky, though it was unclear why. Longtime friend Bracha Din, in a telephone interview from Jerusalem, said the husband was not on the fateful bus because he was learning Talmud in a Jerusalem study hall. Din called Goldie "a pure soul." The youngest of five sisters, "she was always cheerful with a smile." Goldie published a newsletter discussing the religious approach to modesty, Din said. 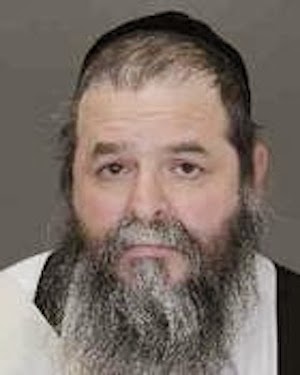 RAMAPO — The 55-year-old brother of a convicted sex offender from New Square was arrested Friday on accusations he molested a young boy repeatedly over five years, police said.

Moshe Menachem Taubenfeld, 55, an educator like his younger brother Herschel, and the father of 20 children, was charged with a felony for alleged sexual abuse starting Sept. 11, 2001, when the preteen boy came to him seeking comfort after the terrorist attacks.

“I went to his house and he told me ‘I’ll give you love, I care about you,’ ” the alleged victim, Laiby, recalled Friday to The Journal News. He said Taubenfeld, a family friend, molested him that day and dozens of other times until he turned 13 in 2006. “I was scared and I trusted him completely, unfortunately. I was a naive child and didn’t know what he was doing was wrong.”

Laiby said he and his family reported the alleged abuse about six years ago to New Square’s Grand Rabbi David Twersky and other community leaders, who discouraged him from going to police.

“My mother, my brother and I told him (Twersky) what was happening to me,” said Laiby, who asked that his last name not be used. “He let him (Taubenfeld) walk free.”

Laiby’s alleged problems were similar to those of other New Square abuse victims, including a young man, Yossi, who reported Taubenfeld’s brother to police in 2011. Yossi was profiled earlier this month by The Journal News.

“The community protected him,” Laiby said. “Since New Square did not want to deal with this, I went to police. I need to feel a closure.”

Taubenfeld, also known as Mendel Zarkowsky, was charged with second-degree course of sexual conduct against a child.

“The guy was hard to track down because he had two different names,” Ramapo Detective Lt. Mark Emma Emma said.

Taubenfeld was released on $25,000 bail Friday for an appearance scheduled for Jan. 27 in New Square Village Court.

Damiani said the police complaint should be dismissed because it said Detective Peg Braddock had personal knowledge of the accusations. Damiani said the detective was not a witness and the charges came from the accuser.

Taubenfeld faces up to seven years in prison if convicted.

“It’s a step closer to getting justice,” Laiby said of the arrest. “I’m hoping this pervert who did this to me will get his time in prison.”

Herschel Taubenfeld pleaded guilty to one count of forcible touching, received six years probation and had to register as a sex offender.

Yossi publicly criticized the non-jail sentence. He and another alleged victim, Yehuda, and their advocates have accused the New Square leadership of looking the other way when it comes to sexual abuse.

They argue that New Square and other Hasidic Jewish communities have created a culture where sex abuse rarely gets reported. Those who report abuse are ostracized, they say.

The Taubenfelds are the second pair of Ramapo brothers accused of sexually abusing children. Monsey residents Shmuel Dym, 34, and his younger brother Betzalel Dym are both registered as Level 2 sex offenders.

NEW CITY – A resident of the Village of New Square was arrested on Friday following an investigation into the five-year sexual abuse of a boy under the age of 11.

The investigation began in the summer of last year regarding the abuse of the child between 2001 and 2006.  The incidents occurred in the Village of New Square, police said. The victim was not related to the suspect.

The Ramapo Police Detective Bureau arrested Moshe Menacham Taubenfeld, also known as Mendel Zarkowsky, on a felony charge of course of sexual conduct against a child.  Taubenfeld was arraigned and released on $25,000 bail.

Rabbi Moshe Taubenfeld is accused of molesting a boy for five years.

NEW SQUARE - The case of a rabbi accused of molesting a young man in New Square over five years has been adjourned for two months.

Activists showed up at the first public court appearance last night of Rabbi Moshe Taubenfeld. A young New Square man claims the highly-regarded rabbi and mentor sexually abused him for five years after he went to him for solace after Sept. 11. The allegations reignited claims that other sexual abuse cases have been covered up.

"It's clear that many victims of child molestation in New Square are getting angry at the corruption that allows child molestation to continue," says Rabbi Noson-Leiter of Monsey. Noson-Leiter attended the hearing with other activists who say they want to make sure justice gets served for the alleged victim.

Also at the hearing was Yossi, who shared his story with News 12 last year. Yossi became the first sex abuse victim from New Square to ever seek justice through the courts. Taubenfeld's younger brother, Hershel, was convicted of molesting Yossi, but managed to avoid prison time.

Taubenfeld's attorney is urging the judge to resist comparing his client to his younger brother, saying he's innocent. If Taubenfeld is found guilty, he would likely become the first sex offender from New Square to serve prison time.

For more information go to: http://www.law.cornell.edu/uscode/17/107.shtml. If you wish to use copyrighted material from this update for purposes of your own that go beyond 'fair use', you must obtain permission from the copyright owner.


"Never doubt that a small group of thoughtful, committed citizens can change the world. Indeed, it is the only thing that ever has."  –– Margaret Mead