The Problem with the Jewish Taskforce Against Family Violence and Sexual Assault
By Vivien Resofsky
Galus Australia - October 19, 2012 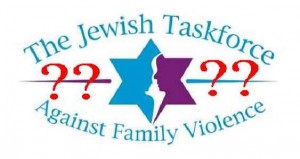 I have been attempting to engage The Jewish Taskforce Against Family Violence and Sexual Assault (The Taskforce) since 2006, both directly and in the pages of The Australian Jewish News because I am deeply worried by their approach – particularly by their assertion that children can and should be taught to protect themselves against adult predators. The truth is, they can’t.

I am so concerned that I have also submitted complaints to the JCCV, Jewish Care and the Rabbinical Council of Victoria about what I believe is The Taskforce’s dangerously misguided approach to a very complex issue; however, nothing has changed.

The best evidence indicates that we cannot leave children to protect themselves; however, The Taskforce refuses to acknowledge this. The Protecting our Vulnerable Children Inquiry Report (Feb 2012), weighed up all the worldwide research and evidence about the effectiveness of teaching children personal safety to prevent abuse. It accepted Finkelhor (2009 ),Smallbone et al. (2008) “There is little convincing evidence for the effectiveness of these programs for preventing sexual abuse.”

Ms Weiner, who has no degree or equivalent in any field related to child protection does not agree with the research. She states that, “Giving a child the tools to say NO denies the perpetrator the opportunity to abuse.”

Why would Ms Weiner advocate a position that goes against the best evidence? Unfortunately, Ms Weiner’s position is echoed by Mrs Balfour, head of The Early Learning Centre at Beth Rivkah, who believes The Taskforce – that schools do not need to educate parents, because children under the age of five can protect themselves!

Alongside Debbie Weiner, Taskforce board member, Sheiny New, also speaks publicly on behalf of the group and about child abuse. Ms New has spoken and written extensively about this issue, however, like Ms Weiner, she has no degree or equivalent in the area.

This information, however, is not available on The Taskforce website. In fact, much information about who comprises the Taskforce and their work with children is absent from their website. There is a serious lack of transparency that characterises the group. It is usual practice for a group that purports to protect children to articulate this and to clearly state it as part of their vision; however, the word, “child,” is hardly mentioned on The Taskforce site.

While The Taskforce has existed for 17 years, it only first acknowledged the issue of child abuse  in 2006. It then moved to gain a monopoly on the protection of our children despite its lack of experience and the lack of qualifications of Taskforce volunteers.

In 2006, The Taskforce emailed Di Hirsh of the NCJW, strongly requesting that Ms Hirsh and her organisation withdraw their support from a community child protection awareness and education campaign. The Taskforce’s reasoning for this demand was that they wanted to present an efficient and unified communal response to such a sensitive subject in The Taskforce’s forthcoming forum.
In doing this, The Taskforce successfully removed support for a campaign that included child welfare professionals so that a group of volunteers could be the sole providers of communal education on child abuse.

It is important to remember that The Taskforce is a voluntary organisation whose members are not professionals in the area of child protection; however, The Taskforce have positioned themselves as the community’s authority on the matter.

Because they have worked for 17 years to raise awareness of family violence, they believe that qualifies them to advise on child abuse. Not only is this a logical problem, it also requires a real leap of faith because The Taskforce has only spoken out against child abuse in the last 6 years.

The Taskforce personnel also base their credibility on the training they receive from experts. Many of these experts are highly respected in their fields; however, educational seminars that last for a couple of hours, or at most, a couple of days, can not qualify people to do the work of trained professionals. The Taskforce should not therefore position itself as able to give advice on a par with professional advice.

The Taskforce’s lack of professional personnel leads it to offer poor advice (such as the idea that children can protect themselves). Ms New’s public statement that with the right treatment, victims of child sexual abuse will be, “just fine,” goes against research that demonstrates that only 1 in 10 cases of abuse is even reported. Many abused children cannot get help at all, because their abuse is unknown. Educating parents to spot signs of abuse can address this issue. This is not, however, what The Taskforce is doing.

This makes Ms Weiner’s claim that The Taskforce is, “tackling abuse head on,” difficult to believe. Ms Weiner’s and The Taskforce’s refusal to support parent-directed education is evidence that best practice is not in place. Parents need guidance to help them learn how to assess whether or not good child protection procedures are in place in schools and other institutions. They need to know what to look for. For example, does the organization train staff about child sexual abuse? Does the organization have a code of conduct for adults working with children? Does it outline clear expectations about boundaries between staff and children? How is staff misconduct handled?

It is difficult to understand why The Taskforce relies on extremely out of date ideas of child self protection. We used to think programs that teach children to identify and refuse inappropriate touch would prevent child sexual abuse. Personal safety programs for children have been in existence for over 25 years but experts now advise that children can’t fend off would-be abusers by themselves.

The Protecting our Vulnerable Inquiry 2012, weighed up all the worldwide research and evidence about the effectiveness of teaching children personal safety to prevent abuse. It agreed with Finkelhor 2009 and Smallbone et al. 2008: “There is little convincing evidence for the effectiveness of these programs for preventing sexual abuse.” (The Protecting our Vulnerable Children’s Inquiry Report 2012)
Telling parents that something will prevent abuse when it clearly will not puts children at unacceptable risk. Sexual abuse is most commonly a gradual process of desensitization, further complicated by the power imbalance between the victim and perpetrator. Would-be abusers use a grooming process to gain trust and acceptance.

Grooming can be described as a psychological process that breaks down a child’s resistance by using techniques such as gift giving, engaging the child in peer like activities, desensitizing the child to touch, isolating the child and then making the child feel responsible for the abuse. Grooming can take place over months or longer. Those who would offend try to get themselves into a situation where they are alone with a child who trusts them. The abused child is then caught in a web of confusion, guilt, deceit and mistrust and a child commonly feels overwhelmed and powerless to stop the abuse.

Ms New, however, advises that parents should educate themselves and then educate their children. The Child Protection Inquiry, however, does not expect parents to educate themselves. It recommends that efforts should focus on raising public awareness of child sexual abuse and providing parents of all school-aged children with education.

Parents need to become aware and even trained in the defence of their children. They can create a barrier between those who would abuse and their children. They need to discuss matters with their children in language that is not threatening and gives the child age-appropriate references. Parents can vet situations when they leave their children in the care of others and ensure that stringent screening, monitoring, training and reporting policies are in place. They need to know the steps they can take when they suspect something is not right. Schools should continue to teach children about personal safety, but the responsibility for protecting children should be placed on adults.

Finally, we must ask ourselves if it is appropriate for a single group to address matters of abuse in both the Ultra Orthodox and less religious communities. The differences in attitudes, values, and culture are enormous between the extremely religious and the less religious sub-groups in our community. Can and should a single group be charged with such a broad agenda?

According to Ms New there are “Jewish” specific factors that impact on why victims of child sexual abuse don’t report. When she refers to “Jewish” factors, are these applicable across the board or only to the Ultra-Orthodox community?

When The Taskforce makes statements like, “We consider ourselves to be a light unto other nations, and if we start talking about violence and abuse in what we consider a perfect Jewish family that light will be dimmed just a little bit and she (the victim) did not want to be the cause of more anti-Semitism…”

or “Living in a host country we would prefer not to create anti Semitism.” or (referring to the Shidduch system)“…The first question asked is: “Is it a nice family?” sexual assault does not a nice family make. Don’t be judgemental. If your brother had to choose between two equally lovely girls but one had been raped 6 months ago which would you choose?”

Do any of these statements apply to non-religious Jews who are the vast majority in the community?
Why then have the JCCV and Jewish Care welcomed The Taskforce’s attempt to be the sole organisation dealing with abuse in the community? Many non-religious Jews are horrified by such attitudes and might wonder why The Taskforce is not doing more to combat them. Meanwhile Ms New asks us not to be judgmental of that belief system. Surely such a group cannot represent our entire community. 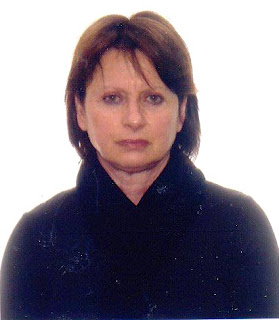 Vivien Resofsky is a social worker whose specialist training (in both Australia and the USA) underpins her extensive practical professional experience in areas relating to child protection and domestic violence. She has worked with children and families at Jewish Care, The Women’s Domestic Violence Crisis Service and DHS Child Protection and is an accredited trainer of several programs.

Her writing has appeared in numerous publications; for the Australian government; and for the wider media, including The Herald Sun, The Courier Mail, and The AJN. Vivien is also the author of the highly regarded Wesley World series of books which are parent/child guides to personal safety.

Vivien’s work, which has focused primarily on child abuse in the past six years, draws together research and evidence-based theory, practical experience and programmes with evaluated, evidence-based success.

***
The Jewish Taskforce Against Family Violence and Sexual Assault has been contacted to offer them a right-of-reply. To read a previous article about The Taskforce written from their own point of view, please see Breaking the Conspiracy of Silence.