Bronstein was accused of statutory rape with a 14-year-old high school student. He was arrested on October 26, 1960.  At the time of the alleged assault Bronstein was a 34-year-old prosecuting attorney for the Village of Skokie.  According to reports, Bronstein was married and had two children.


The child-victim stated that she had sexual contact with Irving Bronstein twice.  The first time was on September 12, 1959, when he came to visit her while she was babysitting.  The second was in his law office, which was located downtown Chicago.
The case was originally going to be heard by Judge Albert Baumhardt, yet he disqualified himself due to a conflict of interest.  On November 17, 1960, Bronstein was acquitted of the statutory rape charges, when Judge Sidney Godell made the determination that after the evidence had been presented to him that he could find no basis to take Bronstein to the grand jury.

According to reports the alleged rape victim originally met Irving Bronstein at the Skokie courthouse in July, 1959, while she was making several visits to observe court procedures.  After the first meeting Bronstein offered to give the girl a ride home.  Over the course of their alleged friendship, it appeared from her testimony that Irving Bronstein might have been utilized the grooming process with the girl in hopes of developing a sexual relationship with a minor.

Irving Bronstein denied every meeting the girl, stating he was not in the village hall in July of 1959.  At the trial, Irving Rothholtz, who another assistant prosecutor, that sessions were held on Saturday's and not Wednesdays as the girl stated.

On October 25, 1960, the girl was also sexually assaulted by four other alleged offenders, who were all alleged friends of Irving Bronstein.  They offenders included: Robert Linder, who was a Skokie Police officer; Michael Eiden, RIchard Heinz and Kenneth Trobeck.

On August 10, 1968, Irving Bronstein was elected to be the president of the Niles Township Bar Association 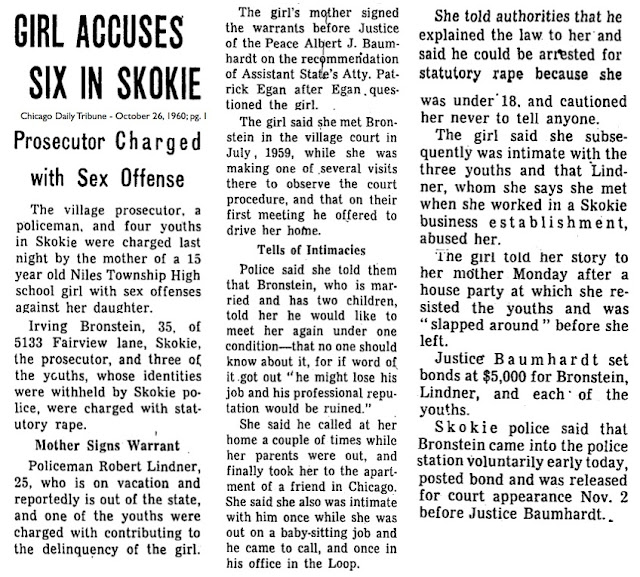 The Skokie Prosecutor Off His Job
Chicago Daily Tribune - October 27, 1960 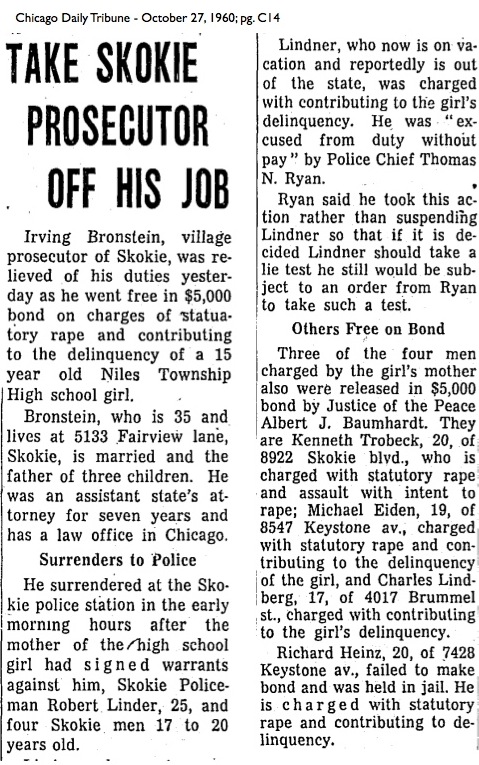 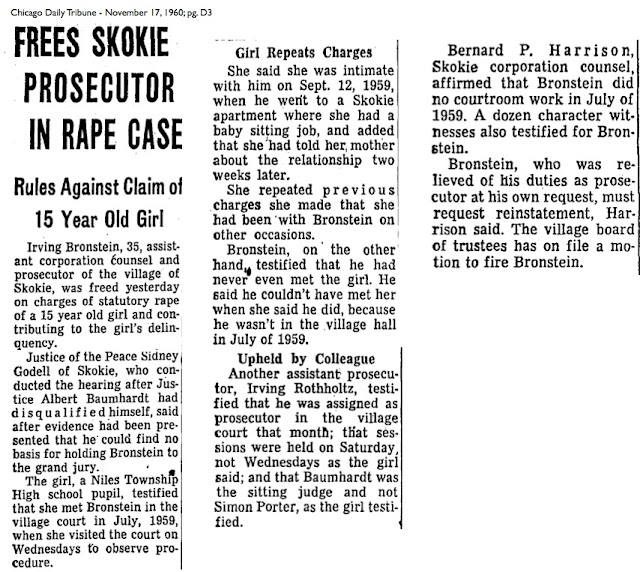 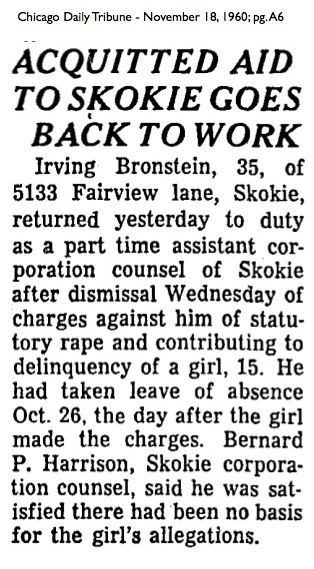 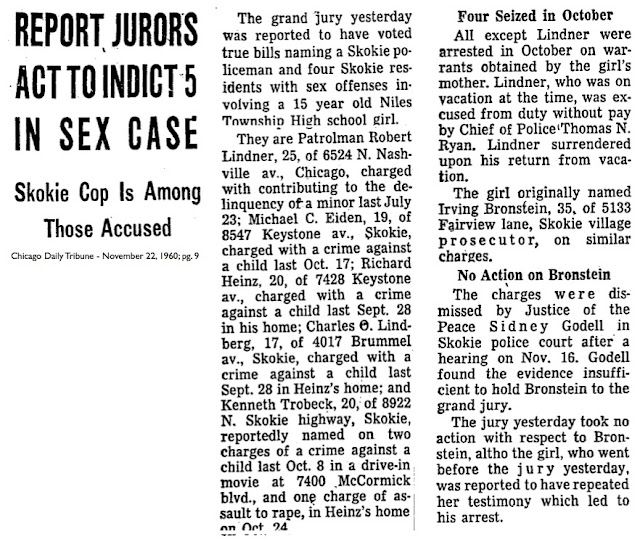 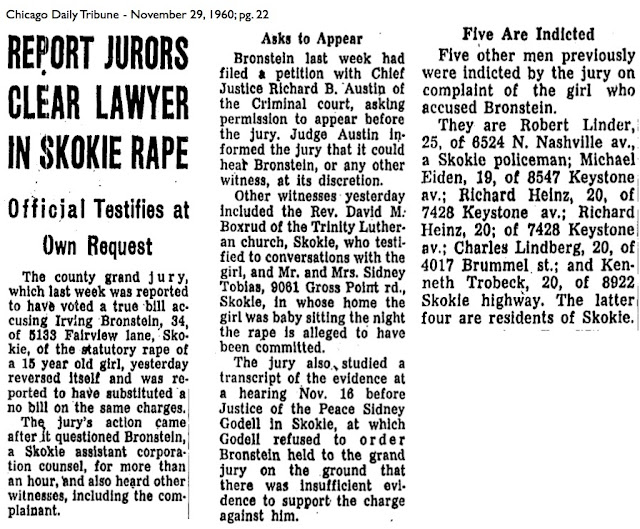 FAIR USE NOTICE
Some of the information on The Awareness Center's web pages may contain copyrighted material the use of which has not always been specifically authorized by the copyright owner. We are making such material available in our efforts to advance understanding of environmental, political, human rights, economic, democracy, scientific, and social justice issues, etc.
We believe this constitutes a 'fair use' of any such copyrighted material as provided for in section 107 of the US Copyright Law. In accordance with Title 17 U.S.C. Section 107, the material on this site is distributed without profit to those who have expressed a prior interest in receiving the included information for research and educational purposes.
For more information go to: http://www.law.cornell.edu/uscode/17/107.shtml. If you wish to use copyrighted material from this update for purposes of your own that go beyond 'fair use', you must obtain permission from the copyright owner.