The Murder of Zipora Yagodajev

This page is dedicated to the memory of Zipora Yagodajev who was raped and murdered. 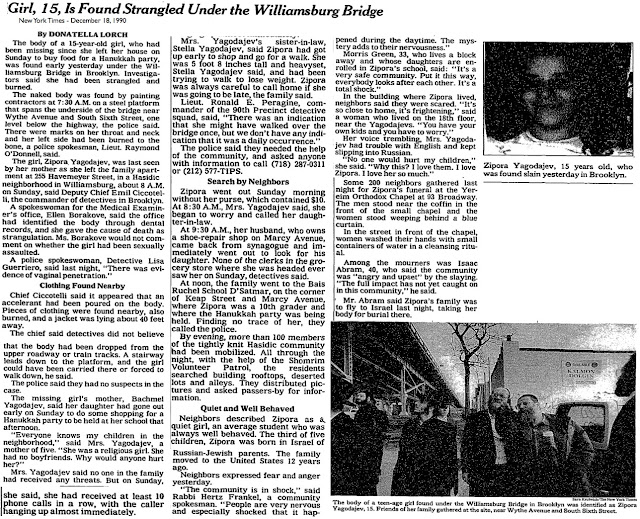 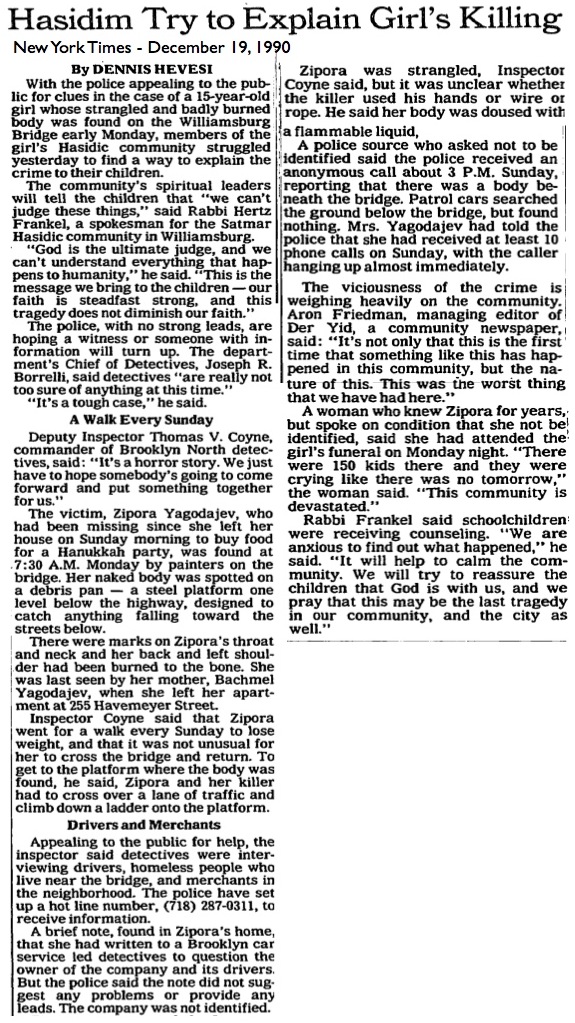 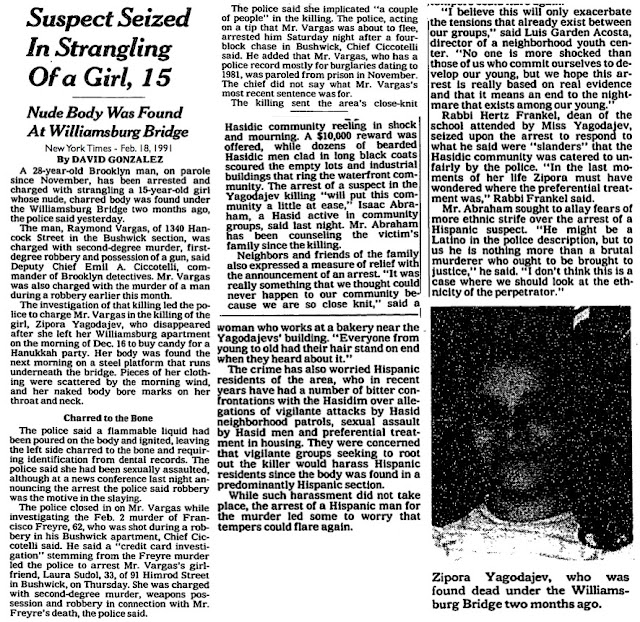 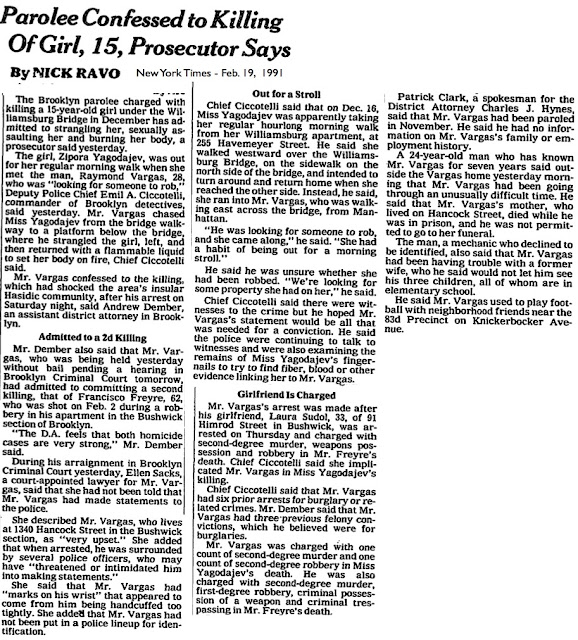 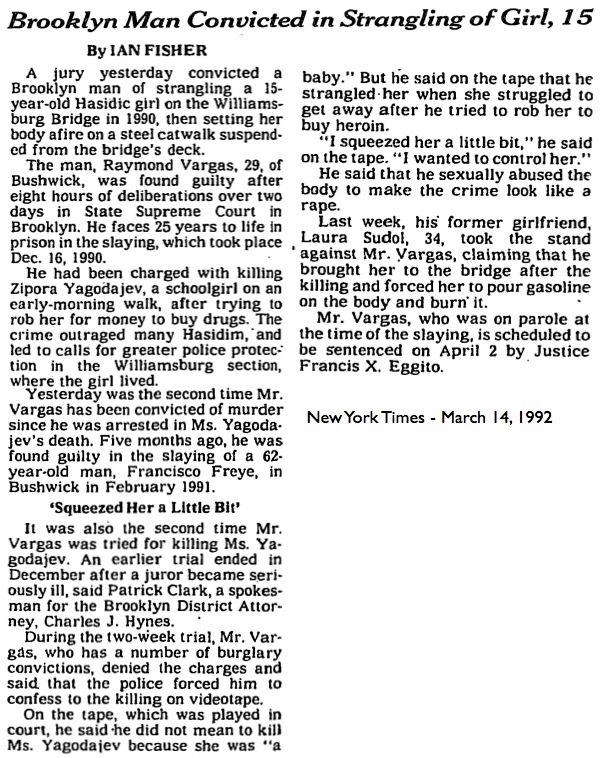 Some of the information on The Awareness Center's web pages may contain copyrighted material the use of which has not always been specifically authorized by the copyright owner. We are making such material available in our efforts to advance understanding of environmental, political, human rights, economic, democracy, scientific, and social justice issues, etc.
We believe this constitutes a 'fair use' of any such copyrighted material as provided for in section 107 of the US Copyright Law. In accordance with Title 17 U.S.C. Section 107, the material on this site is distributed without profit to those who have expressed a prior interest in receiving the included information for research and educational purposes.
For more information go to: http://www.law.cornell.edu/uscode/17/107.shtml. If you wish to use copyrighted material from this update for purposes of your own that go beyond 'fair use', you must obtain permission from the copyright owner.
Posted by The Awareness Center, Inc. at 10/23/2012 11:41:00 AM