Considering the vast majority of those who were categorized as "female juvenile delinquents" back in the 1970s were also survivors of child abuse, I thought this article was extremely interesting.  It saddens me a great deal that they were punished for promiscuity, but cause what we know today is that promiscuity is often symptomology of a child who was sexually abuse.  It's also appalling that when a girl was arrested that it was common place to give her a gynecological exam.

This article was published in the Chicago Defender back in 1975. 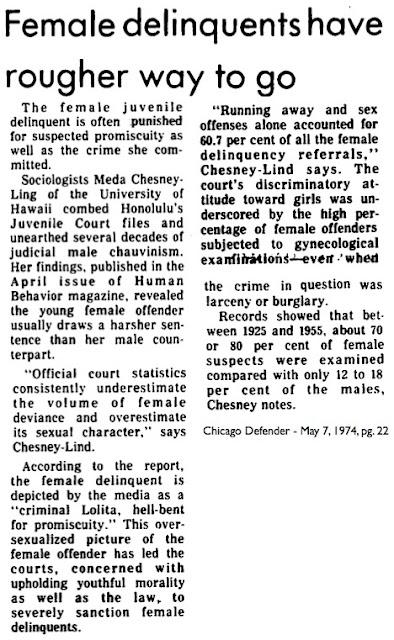