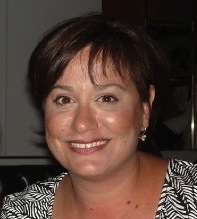 Rachel Steamer had been a consultant and presented at workshops sponsored by The Awareness Center.  Rachel was as a cherished friend to many, and a strong advocate for the civil rights of survivors of sex crimes.

Rachel stated practicing law in 2006.  Early in her career Rachel was an attorney who specializes in representing survivors of sexual abuse.  Notably, as an associate at the law firm of Ross & Rubino, LLP.  Rachel was involved in litigating more than 100 cases in coordinated proceedings against the Roman Catholic Archdiocese of Los Angeles and Diocese of San Diego.  A graduate of the Benjamin N. Cardozo School of Law (Yeshiva University) in New York City, Rachel acted as chief research assistant to noted First Amendment scholar Professor Marci A. Hamilton, with whom she co-authored The Religious Origins of Disestablishment Principles, 81 N.D. L. Rev. 1755 (2006).

After the law firm closed down, Rachel took a position at an assistant district attorney in Philadelphia.

Rachel Steamer went on to her next journey on Feb. 20, 2013. Rachel was born and raised in Ft. Myers. She attended, Fort Myers High School. She went on to the University of Miami, and Cardozo Law School in NYC.

Rachel was diagnosed in 2005 with cervical cancer. She was cancer free until rediagnosed in Dec. 2009. She fought a noble battle for 3 yrs. Throughout her fight she asked women to be sure to get yearly screenings and to have their children vaccinated against HPV. In honor of her memory, her family and friends ask you to do this to save lives.

Rachel is survived by her Mother Cheryl Lawson, (Tom), her father Joseph Steamer, (Janie), her grandmother Gertrude Steamer, her beloved sister Elissa, her Boston Terrier Lola & friends throughout the country that loved her very much.