No Romance in Frum Dating?

No Romance in Frum Dating?
By Michael J. Salamon, PhD 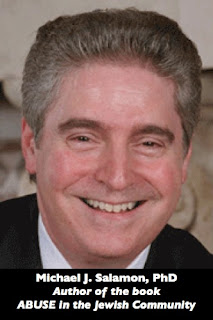 Much has been written about marriage and relationships. Some have suggested that, in the Orthodox world, we simply do not believe in romance, as real love supposedly happens only after marriage. While in many ways this is true, we are often left without defining just what that means. But the Talmud in Kiddushin (41a) states that prospective spouses must meet to determine their compatibility for a proper marriage to occur. And Rav J.B. Soloveitchik stated in his essays compiled in the text “Family Redeemed” that “one cannot form a friendship unless he finds in it the realization of a value long cherished by him.” Meeting, dating and getting to know one another, and especially becoming friends, is a time proven system for finding a spouse that Jewish tradition strongly adheres to. Unfortunately, there have been some changes to the system in recent years that have led to rising stress in a process that should contain both fun and excitement despite the seriousness of the goal.

Increasingly, in virtually all shades of orthodoxy, both men and women are segregated from one another even when it is unwarranted. This separation has led to a fear of socializing, a form of stage fright or anticipatory anxiety that causes young daters to not know how to act in a socially acceptable fashion with one another. I hear them talking about the “magic” of the opposite sex as if it were a truism, a fact that in order to understand how to even talk with one another they must unravel a secret magical code. While there should be magic, it is not of this type.

Even after marriage there is often a dearth of appropriate communication between the spouses. At a restaurant recently, while sitting next to a young married couple, despite trying very hard not to listen, I was amazed at how the couple was speaking about different topics and at cross-purposes to one another. True, this may be just one anecdote; however, more and more young marrieds are divorcing with the primary complaint that they simply did not know each other at the time of marriage and do not understand one another once married. There is, in fact, a growing body of evidence in the professional literature that this has become an expanding problem in Orthodox marriages even to the point of difficulty in developing a sense of closeness and familiarity within a marriage.

When we add to this mix the volatility that comes from being overindulged and overprotected well into the late teens and early twenties, we are left with young men and women who feel no need to even try to get to know anyone else. Many of our young men and women have placed themselves on a pedestal and want to marry someone who can keep them there, even in financially troubling times. The goal then is not a warm, affectionate, supportive relationship but a selfish, egocentric one. Who needs a romantic relationship with a spouse or even friendship with a spouse, as long as you get what you want?

There actually is somewhat of a scientific formula for the magic that causes the spark of romance. It is not a hard and fast rule like those often found in physics, but it does involve biology, chemistry and psychology. The actual cause of the magic in a relationship is a product of hormones, neurotransmitters or brain chemicals and developmental stages. These chemicals set the stage for real attraction and are activated by a process wherein the couple perceives a degree of familiarity between one another. The only way this similarity can be stimulated is by spending time with members of the opposite sex at the correct stage of development.

Young men and women go through a biological and psychological maturational change that is driven by hormones in their early to mid twenties. For some it begins a bit before, and for others a bit later. This process causes, among other changes, the desire to affiliate with a member of the opposite sex and develop an intimate relationship. To get to that stage, the psychological needs of earlier stages must be met. These include developing a sense of one’s own identity and being able to appreciate and manage social interactions. Once these challenges are accomplished, via chemicals in the brain called neurotransmitters, which are primed to go off when the right person comes along, the sequence shifts to the next stage. Here too, this process is neither an immediate, perfectly successive nor a fail-proof one.

Several important psychological triggers have to occur. These include developing a degree of comfort in communicating with the other person, being physically attracted and sensing a degree of personality similarity. When these changes take place the couple begins to develop a sense of fun and passion about the relationship. This excitement does not always happen immediately and can take several dates. When it does kick in, and both report it, this is a clear indication that the relationship is set to go to the next level.

It may take as long as several months for the next level to develop but the next level is the most critical stage. The intensity of the first level of passion begins to dissipate and two different neurotransmitters start their work. These chemicals set the stage for a more balanced cooperative and affiliative feeling to develop. It is at this stage that the warmth and nurturing feelings of love, so necessary for a marriage to succeed, begin to occur. Perhaps this is the feeling that some have referred to as existing only after being married for a while. But, as we have seen, it may be critical to have this friendship, warmth and closeness before marriage occurs.

We all make decisions even though we are not always aware of the underlying cognitive processes involved. We do have an awareness of our reactions and it is important to allow ourselves to experience them and understand them. We also cannot hasten or bypass a natural process. The natural process of romance develops in stages beginning with learning how to socialize and proceeding from there. Let us allow young adults to find one another so they might develop the friendship so necessary to a successful marriage.

Dr. Salamon, a Fellow of the American Psychological Association, is the founder and director of ADC Psychological Services in Hewlett, NY and a Board member of The Awareness Center. He is the author of numerous articles and several psychological tests. His recent books include, The Shidduch Crisis: Causes and Cures, published by Urim Publications and Every Pot Has a Cover: A Proven Guide to Finding, Keeping and Enhancing the Ideal Relationship, published by Rowman & Littlefield. His new book on Abuse will be available March, 2011.
Posted by The Awareness Center, Inc. at 5/14/2009 08:46:00 PM