In Memory of Deb Tambor

In Memory of Deb Tambor 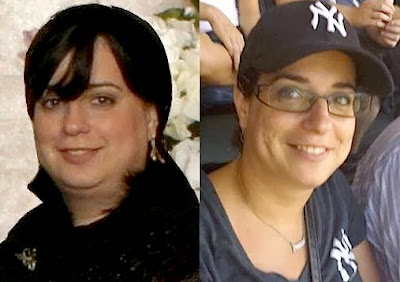 
Deb Tambor was the type of person who would do what ever she could to help those she knew who were struggling, including Jewish survivors of sex crimes.  At the age of 33, Deb died suddenly. This page is dedicated to honor her memory in hopes she will never be forgotten -- and as a way to thank her for saving so many peoples lives.

I was moved the other day when a woman in her late 50’s told me that she cried when she heard about Deb Tambor.  The woman did not know Deb, in fact she had never even heard of her until that awful day when Deb passed. Apparently many members of her community were speaking about what had transpired. This woman is Chasidic and very much into her lifestyle. She told me that she cried inconsolably for hours because “It is not supposed to turn out this way. People should not be bullied. It is not what we are taught to do for one another. We are supposed to be kind to each other. How she lived her life is between her and god. They had no right taking her children away from her and harassing her.” I sympathized with the woman but I also pressed her by asking her if there was anything that she thought might be accomplished within her community to prevent anymore such terrible tragedies. She had only one sad response. She shrugged her shoulders as tears welled her eyes.

am of a different perspective. I like to believe that there is always something that can be accomplished if there are people willing to take a stand. When I was told that there was no such thing as abuse in the Jewish community and that if I attempted to speak about it publicly I could be shunned I did not sweep it under the rug and pretend to move on. Taking a stand against wrong is an innate human quality. Most individuals know when something is incorrect, unethical and wicked. Sometimes a form of pluralistic ignorance prevents people from acting. If they see others acting in a certain way they tend to go with the majority. But most are willing to take a stand against wrong it if they are part of something larger, a group, and not even necessarily a large group, of like minded people.

Deb Tambor's boyfriend claims the abuse she suffered growing up in New Square was covered up.

NEW SQUARE - As a New Square rabbi awaits trial on sex abuse charges, the boyfriend of another New Square victim is joining the calls for change in how sex crimes are handled in Rockland County.

Abe Weiss says his girlfriend, Deb Tambor, was sexually abused by her uncle during her childhood in New Square. Weiss claims the rabbi in town knew all about the abuse she suffered, but covered it up. Tambor eventually left the Hassidic community and moved to New Jersey with Weiss. She took her own life last September.

Weiss says he hopes people will be more aware of what's going on in the community.

Since Tambor's suicide, a young man in New Square has come forward, claiming he was sexually abused for five years by Rabbi Moshe Taubenfeld, who's now facing ten years in jail. A judge adjourned Taubenfeld's case for two months.

Rockland County District Attorney Tom Zugibe says there's been a rise in sex crimes in the county because people are becoming more confident in coming forward.