Case of the Chisdai Ben-Porat 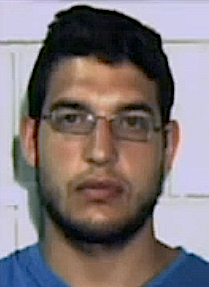 A 19-year-old counselor at Camp Dora Golding in the Poconos was taken into custody Thursday after a boy in the camp accused the counselor of inappropriately touching him, police said.
Chisdai Ben-porat of Ottawa, Canada, was charged with indecent assault of someone under 13 years old, unlawful contact with a minor and corruption of a minor at the camp on Craigs Meadow Road, Smithfield Township.
State police at Swiftwater were called to Camp Dora Golding at 4:35 p.m. Thursday to investigate the boy's report. The Monroe County district attorney's office approved the charges, police said.
Ben-porat was arraigned Friday morning by District Judge Thomas E. Olsen and taken to Monroe County Prison. He later was released on $20,000 bail.

Camp allegedly tried to cover up molestation, tried to help molester flee country, did not report alleged crime to police 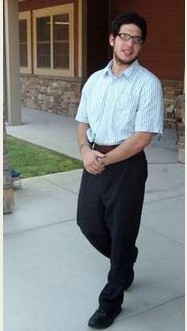 After a counselor at the Orthodox Camp Dora Golding in the Poconos allegedly sexually abused a young male camper Wednesday night, camp administrators tried to help the counselor flee to Canada, a person intimately familiar with the case told FailedMessiah.com today.
What’s more, the alleged abuse – which, Failedmessiah.com was told, was surreptitiously videoed by a young camper who was suspicious of the counselor’s actions – was reported to police by a parent, not by camp officials, officials who also failed to tell the alleged victim’s parents about the alleged abuse, the source claimed.
The video is not in possession of camp officials, and it will allegedly be turned over to prosecutors today or tomorrow morning.
The counselor, 19-year-old Chisdai Ben-porat of Ottawa, Canada, was arrested Thursday night because he was deemed to be a flight risk.
Ben-porat was arraigned Friday morning and held until he produced $20,000 bail that afternoon. He was also required to surrender his passport.
Camp Dora Golding is an Orthodox sleepover camp. Its campers predominantly come from right wing Modern Orthodox homes. It has separate boys and girls divisions located several miles apart in the Pocono Mountains.


Camp Dora Golding works year-round to ensure a fun-filled, memorable summer for each of our over 1000 campers. We work equally hard to ensure their safety and security.
I am writing to inform you of an incident that took place in camp this past Thursday concerning improper contact with a camper. Fortunately, I was immediately notified by the camper. My senior staff and I immediately launched our established plan-of-action which included safeguarding the affected camper, preventing the staff member from leaving camp premises, verifying the facts, and notifying law enforcement and the affected camper’s parents.
Within several hours, the staff member was arrested by the authorities and taken off camp grounds. We are of course completely cooperating with the authorities to assist their investigation in every possible way.
At this point, we have no reason to believe that any other campers were involved or in any way affected. We are in consultation with leading mental health professionals and social service agencies, and prepared to offer appropriate support and counseling to our staff, campers and parents, if needed. Through this consultation, it was decided not to alarm over 600 unknowing campers. Certainly, if you feel the need to speak to your son to allay your fears, we can have him call you.
For more than a decade, (even before recently publicized stories of abuse in the Orthodox community), our staff orientation included specific training to deal with improper contact and conduct between staff and campers. We have a zero tolerance policy towards any improper behavior and, as demonstrated by recent events, are ready to follow through whenever necessary. I am proud of my staff, which acted quickly, properly and responsibly.
Our established action plan includes contacting all our campers’ parents as soon as possible, however, before our earliest opportunity to properly do so; the incident was reported in a local Pennsylvania newspaper and quickly spread online. We regret that some parents had to learn of this story from media and online sources before hearing it directly from the camp.
If further relevant information becomes available, we will share it with you to the greatest extent possible. I am well aware that such incidents tend to generate rumors and unintended inaccuracies. Should you have any questions or concerns, I welcome the discussion, and ask that you feel free to contact me directly.
Sincerely,
Alex Gold
Executive Director
_________________________________________________________________________________ 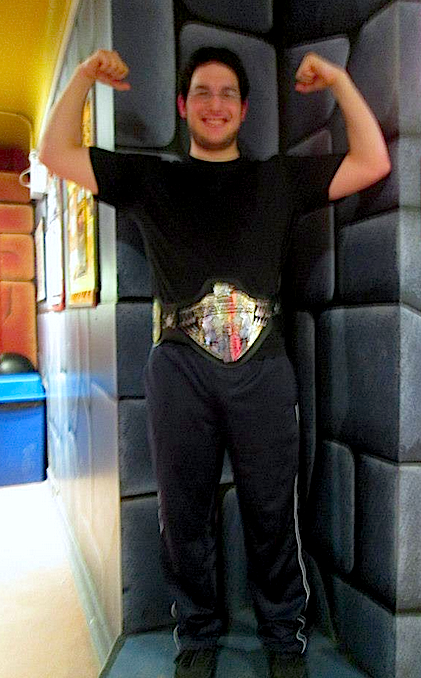 NEW YORK (JTA) – A counselor at a Jewish summer camp for boys in Pennsylvania was taken into custody after a camper accused him of inappropriately touching him, police said.

Camp Dora Golding counselor Chisdai Ben-Porat, 19, of Ottawa, Canada, was charged with indecent assault of someone under 13 years old, unlawful contact with a minor and corruption of a minor at the camp, The Morning Call newspaper in Pennsylvania reported.

State police were called to the Orthodox Jewish camp in the Pocono Mountains on July 11 to investigate the camper’s report. The Monroe County District Attorney’s Office approved the charges, according to police.

Ben-Porat was arraigned on July 12 by District Judge Thomas Olsen and taken to Monroe County Prison. He was released later on $20,000 bail.

According to an email sent to parents by the camp’s executive director, Alex Gold, the counselor was arrested within hours after the camper reported the alleged incident. He said the camp’s staff is cooperating with authorities in the investigation, and making mental health professionals and social workers available to campers, counselors and parents. 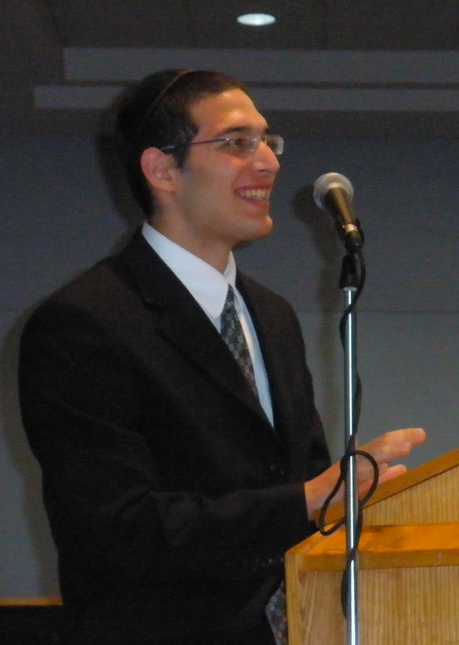 Chisdai Ben-porat, 19, of Ottawa, Ontario, Canada, will head to Monroe County Court, where he can go to trial, plead guilty or plead no contest. Since being charged July 12, two days after the alleged incident, Ben-porat has been taken into U.S. Immigration and Customs Enforcement custody due to an issue with his student visa, Germano said.

State police said they responded at 4:38 p.m. July 11 to Camp Dora Golding on Craigs Meadow Road and spoke to camp Director Sidney Alex Gold. Police said Gold reported a 12-year-old male camper came to his office and wanted to call his mother because a camp counselor later identified as Ben-porat had touched him.

Police said Ben-porat told them the following:
He had been camp counselor on duty the night before, ensuring the campers were in their cabins by curfew. He entered the boy's cabin while the boy was still up and most of the other children were asleep.

He went to the top bunk bed, where the boy was, massaged the boy's shoulders, then "took it too far" by massaging the boy's bare buttocks.

Police said the boy told them the following:
He was playing his Nintendo DS gaming system when Ben-porat entered the cabin. He was uncomfortable, but too scared to say anything when Ben-porat approached and began rubbing the boy's shoulders.

Ben-porat then moved his hands down the boy's lower back and began rubbing his bare buttocks. The boy pretended to lose his gaming system and began looking around the cabin for it. At that point, another counselor entered the cabin and the defendant left. 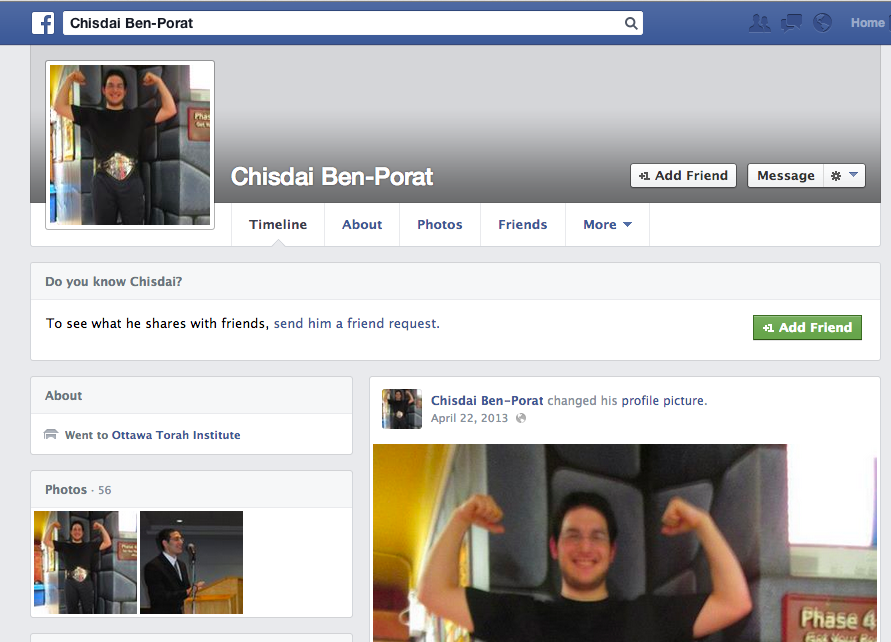 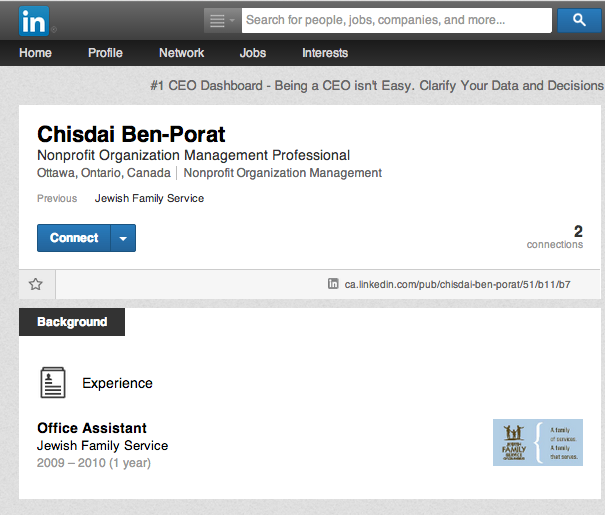