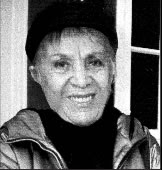 Florence Rush, author of “The Best Kept Secret: Sexual Abuse of Children,” and the first feminist theorist to call children’s sexual abuse a political and patriarchal issue, died on Tues., Dec. 9, at her home at 61 Jane St., just short of her 91st birthday.

Florence was born in Manhattan and grew up in the Bronx before moving to Westchester in the early 1950s. She worked as a psychiatric social worker and community activist in New Rochelle, was married and raised three children. Rush joined a chapter of Older Women’s Liberation (OWL) in 1970 and subsequently moved to Greenwich Village.

She electrified a New York Radical Feminist Conference on Rape in April 1971, winning a standing ovation for her speech on what was then a startling new concept: Her theory, inspired by evidence she had collected in a facility for delinquent girls, identified familiar males — fathers, stepfathers, older brothers, uncles, neighbors and family friends — as the major sexual abusers of children, and traced the toleration of such abuse to the beginnings of history and cultural/religious customs. Family abuse had been ignored by the reigning Freudian psychologists of the day, who preferred to theorize about seductive children and girlish fantasies.

A wealth of books on child sexual abuse written by academics, journalists and celebrities followed Rush’s pioneering papers and lectures, while personal accounts were to become a staple on television talk shows. Rush’s “The Best Kept Secret” was published in 1980.
When Rush’s younger son, Matthew, was stricken with AIDS in the mid-1980s, she formed one of the first mothers’ support groups. A lecturer for Women Against Pornography in its early years, she later worked with the New York chapter of the National Organization for Women (NOW), on its Images of Children in the Media Committee. She also enjoyed a weekly poker game with neighbors and friends until failing health curtailed her activities.
She is survived by her son, Thomas, her daughter, Eleanor, and two grandchildren. She also leaves a network of friends who warmly recall her gracious hospitality in New York and on Fire Island, and who will never forget her brilliant, original mind, her singular contribution to feminist theory, her nurturing advice and aid, her impossible platform shoes, and her baked lasagna.