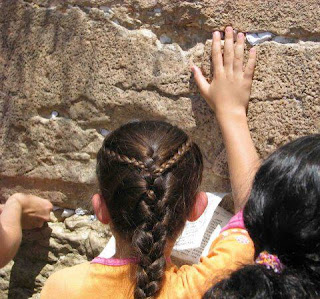 A psychology student who committed suicide Monday in the Hebrew University dorms in Jerusalem wrote a letter last week in which she described the despair she felt as a victim of gang rape, because she could not find a suitable framework for treatment. The letter was revealed Tuesday by The Association of Rape Crisis Centers in Israel, which was in contact with the woman for a number of years, and requested that she describe her condition, in an effort to influence the municipalities to establish means of treatment for women like herself.

The woman, a 21-year-old former kibbutz resident, had tried to commit suicide twice in the past. After one of the attempts, she was hospitalized in a mental health institute.

In her letter, she describes her experience in the institute. "Someone pulled the hair of another patient. The staff pulled her quickly and said they would tie her up. She is crying, she doesn't want it. They are putting her in the room next to mine, and tying her up. I touch my ankle. It's been a while since no one tied ropes and chains to my body. It's great that I can move my hands. But what I see in the room next to me induces difficult flashbacks to what happened."

"I'm able to reach the doctor and explain the difficulty," she wrote. "The doctor is wonderful but she says she has no clue about these things. Later in the evening the nurses talk to me. They don't understand why I'm here". That the girls here are very ill, and that I was a commander in the army and that I'm a university student."

The woman left the closed ward and approached an open clinic, in a hospital, that treats post-trauma victims. But the participation of men in these groups only worsened the flashbacks that she suffered. After she tried to commit suicide again, she requested to stay at a closed mental health institute, but was rejected on the claim that the framework didn't suit her.

"I'm very suicidal," she wrote. "I'm holding a rope in my hand and want to hang myself in the shower. My feeling now is that there is no place for me in the world. Israeli society isn't willing to deal with post-trauma, with sexual abuse, incest, or gang rape. We must help victims of sexual violence, because we as a society allowed it to happen. I want to grow and be a good citizen and contribute to the state. Above all I want to live and not hurt myself. But I can't alone. I need help."

According to Hilla Kerner Soliman, the director of The Association of Rape Crisis Centers in Israel, the woman's letter is a "piercing indictment on society's failure, for not protecting her as a child, and not treating her as an adult."

"We see in it a will that obligates health and social affairs offices to establish wide-scale and specialized frameworks immediately for dealing with victims of sexual abuse," Kerner Soliman said.