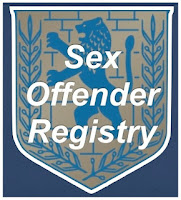 Over the last several years there have been various individuals who have questioned why The Awareness Center has listed individuals on our web page that are both alleged and convicted sex offenders.

Answering this sort of question is very complex. One has to look at the entire picture when dealing with sex crimes. We need to look at each individual who was sexually victimized, the alleged offenders and the systems in place to handle such cases -- to help understand why The Awareness Center does what it does.

We all have to be aware that most sex crimes have never been brought to the attention of the secular legal systems (law enforcement, criminal or civil court).

According to the US Department of Justice, sixty-one percent of sexual assaults are never reported to the police. If an assault is reported, it is slightly more then a 50/50 chance that an arrest will be made. If an arrest is made, there is an 80% chance of


Given the above statistics, one has to realize the wrong question is being asked. Awareness and Education are both primary steps to ending sexual violence. The Awareness Center's goal is to prevent one more individual (adult or child) from becoming the next victim of a sex crime (child sexual abuse, sexual assault).

Below is a summary of some of the types of cases listed on The Awareness Center site. We are hoping by reviewing the list you will find answers to the question of why we list both alleged and convicted sex offenders.


Summary of some of the types of cases