What People Need To Know 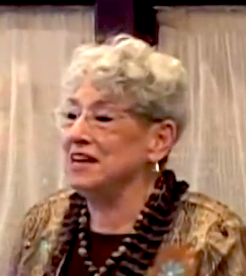 Two incidents recently occurred in the Orthodox Jewish community with contrasting reactions on the part of our rabbinic leadership. The first involved two new "kosher" establishments with questionable certification. In response to the quandary of the kosher eating public, the rabbis embarked on a thorough investigation and advised the community via the pulpit of their negative findings. This type of forceful leadership and guidance won the respect of the community which felt cared for and grateful for being informed.

Would that this same type of leadership could have been demonstrated in the second incident involving a serious case of pedophilia. The rabbinic reaction was one of "don't ask and don't tell" in the face of mounting angry parents who worried about the safety of their children. Why is the safety of our children any less of a concern than matters of kashrut? Why wasn't the community alerted about this problem from the pulpits so that parents could take the necessary precautions as was done with kashrut?

I just returned form a convention of Orthodox mental health professionals. The consulting posek (Jewish law decisor) of this organization, Rabbi David Cohen, was asked a question about child molestation. He did not hesitate to point out the need for a community to take forceful action to prevent the pedophile from having access to synagogues and public buildings. He urged all communities to publicize the danger, as one is not permitted to endanger an entire community for the sake of an individual. Even monitoring of the molester has proven ineffective, not only according to mental health research, but according to Rabbi Cohen, as stated in the Talmudic admonition "Ain Apotropos L'arayot" (there is no monitoring of one guilty of sexual offenses.)

Another speaker quoted the late eminent authority "Chafetz Chaim" that with regard to the possibility of mental harm, not only is one permitted, but mandated to apprise the community as this does not constitute Lashon Hara (evil talk). So telling becomes a protective community measure.

If the Catholic church can deal with this (because they were sued for being complicit in their silence) surely our educated Orthodox community can speak out to protect our children. While it is true that our rabbinic leaders met with some professionals on this issue, they , however, did not inform or educate in a public way how to cope with this problem thereby causing parents to feel disappointed and unprotected.

The following may be instructive to the community about pedophilia:
The community looks to its leaders to protect, guide and educate in a public manner about the safety of children. The absence of this protective leadership is evidenced in the rage expressed across all segments of the Orthodox community against the dictum "don't ask and don't tell" which left everyone feeling abandoned of structure, information, protection and leadership.

Also see cases of alleged and convicted sex offenders from the Chicagoland area:

FAIR USE NOTICE
Some of the information on The Awareness Center's web pages may contain copyrighted material the use of which has not always been specifically authorized by the copyright owner. The Awareness Center is making such material available in my efforts to advance understanding of environmental, political, human rights, economic, democracy, scientific, and social justice issues, etc.

The Awareness Center believes this constitutes a 'fair use' of any such copyrighted material as provided for in section 107 of the US Copyright Law. In accordance with Title 17 U.S.C. Section 107, the material on this site is distributed without profit to those who have expressed a prior interest in receiving the included information for research and educational purposes.

For more information go to: http://www.law.cornell.edu/us code/17/107.shtml . If you wish to use copyrighted material from this update for purposes of your own that go beyond 'fair use', you must obtain permission from the copyright owner.

"Never doubt that a small group of thoughtful, committed citizens can change the world. Indeed, it is the only thing that ever has." ––Margaret Mead