Case of Rabbi David I. Kaye 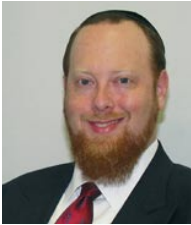 Back in 2006, when the TV show to catch a predator aired, The Awareness Center was informed by various rabbonim associated with Yeshiva University that Rabbi David A. Kaye was not the only "David Kaye" who was a sexual predator.  The various rabbis would not provide anymore information.  The Awareness Center quietly searched for survivors of this second David Kaye, yet were unsuccessful. 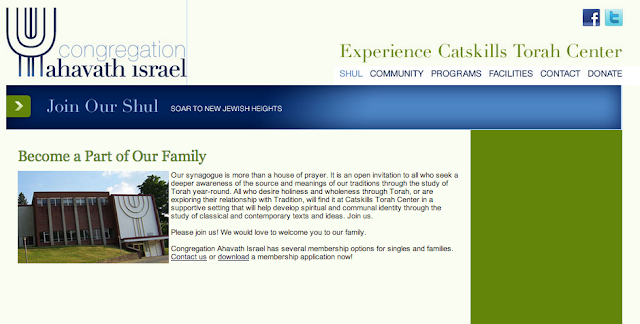 Rav Yeshaya Dovid Kaye is the Spiritual Leader of Congregation Ahavath Israel in Liberty, New York. He serves as well as the Ethicist  for the Catskills Regional Medical Center.

A recognized Posek and Ethicist, he has taught and written on Jewish  law, philosophy, medical and bioethics issues since 1986.

Rav Kaye was born March 23, 1963 in Brussels, Belgium and graduated  from the Jewish Educational Center in 1981. He attended Beth Medrash Emek Halacha Rabbinic Seminary from 1981 through 1985. He  received Semicha from prominent Poskim of the last generation. 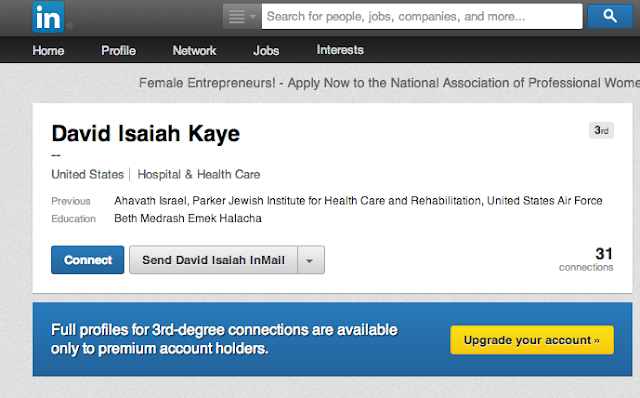 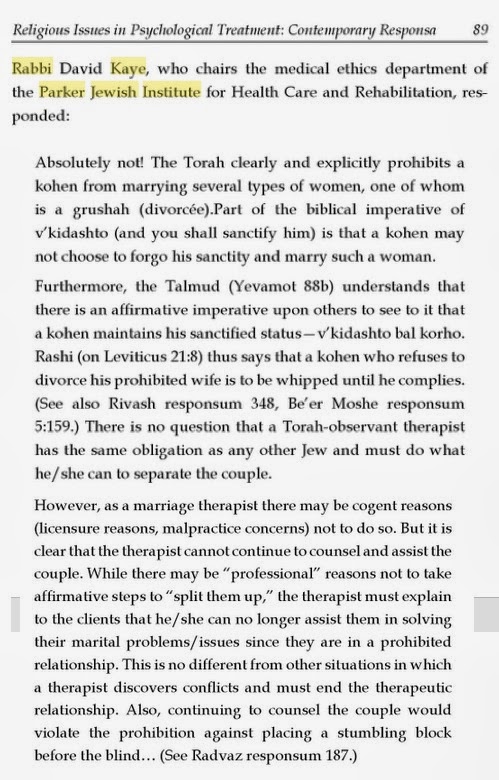 In The Name of God
West Orange-based man accused of using his rabbinic persona to prey on Women who put their faith in him.
By Gary Rosenblatt
Jewish Week - October 8, 2013 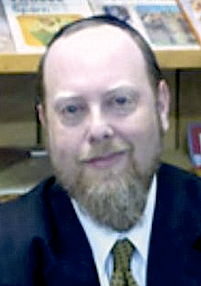 Two weeks ago, Rebecca Pastor, a 46-year-old woman from Essex County, N.J., found out that the man she alleges raped her in Baltimore on Christmas Day, 1990, was not in jail, as she had long believed, but was living in nearby West Orange. And that he was passing himself off as a righteous rabbi amid concern he may be seeking vulnerable young women.

Since then, with the help of several Orthodox rabbis and a handful of congregants in West Orange, she has found information that strongly suggests David (Yeshaya Dovid) Kaye has a long history of complaints against him. The information portrays him as psychologically and religiously manipulating naïve and trusting women, seeking to use their deep faith in him to engage in sexual relations.
While the other women who claim to have been preyed on by Kaye have requested anonymity, Pastor, who said therapy has given her strength, plans to travel to Baltimore soon to meet with sex crime officials in hopes of seeing Kaye prosecuted.


Maryland has no statute of limitations for rape.

As a young man, David Kaye was considered a paragon of Torah learning, Rothchild said. Dressed in the traditional black haredi garb, bearded, long frock and a homburg hat, he had an austere air of authority, “a holier-than-thou” attitude.

Rothchild had recommended Kaye to Pastor because he had heard he was involved in helping agunot.


During that time, Chana says Kaye “admitted that he had basically raped” a woman seeking a get, or Jewish divorce.


(Chana, who learned of Kaye’s re-emergence last week through the Adkanenough website, was put in touch with Rebecca Pastor; they shared with each other by phone their frightening encounters with Kaye. Pastor says that Chana told her during the call that Kaye admitted to her that he had “raped an agunah in Baltimore,” and is certain the reference was to her.)

An advertisement that ran in The Star-Ledgerhas laid bare a controversy between two West Orange synagogues and a former New York State resident and rabbi who now resides in West Orange and who has been prohibited from attending either synagogue.
In the full page ad, which ran — inadvertently, it turns out — in the back of the newspaper’s front section on Oct. 2, attorneys for Rabbi Yeshaya Dovid Kaye object to a notice distributed by the synagogues’ rabbis explaining why Kaye was banned from their congregations.
The ad, in English and rabbinic Hebrew, referred to a Sept. 8 notice by Rabbi Eliezer Zwickler of Ahawas Achim B’nai Jacob & David and Rabbi Marc Spivak of Congregation Ohr Torah and distributed to their congregations. According to the rabbis’ notice, titled “IMPORTANT MESSAGE TO THE WEST ORANGE COMMUNITY,” Kaye has been pursued by allegations, largely unspecified in the notice, having to do with his relationships with “various females in past years.”
The Star-Ledger ad alleges that the synagogues’ statements had placed Kaye in a “false light” and caused him “irreparable damage.”
Kaye, onetime leader of Congregation Ahavath Israel, an Orthodox congregation in Liberty, NY, left that position and moved in with his parents in their West Orange home in July.
While acknowledging that “no formal legal proceeding has been instituted with regard to any of the matters and, therefore, no determination or finding has been made by any court or other official agency,” the statement by Zwickler and Spivak nevertheless suggests “that it would not be appropriate for Rabbi Kaye, at this time and for the foreseeable future, to attend or be present in our respective shuls for any purpose and have so advised him.”
The message also appeared on the West Orange Orthodox community listserv, and was reprinted on several websites that track controversy in the Orthodox world, including FailedMessiah, Frum Follies, and Adkan.
Kaye, speaking through his lawyers, asserts that the allegations against him are vague and anonymous.
“It’s quite troubling to have our client accused of not one, not two, but multiple acts of impropriety and not be provided with a single sliver of testimony, documents, or even the name of the person complaining,” John L. Kemenczy, who is representing Kaye along with Mitchell A. Liebowitz, said in an interview with NJJN.
He added that the original message from the rabbis “makes it sound like the Frankenstein monster has been let loose in the village, and now the villagers need to come after him with torches.”
The dispute, which had been playing out on various Internet websites until the ad appeared inThe Star-Ledger, comes amid a series of high-profile news stories relating to charges of sexual impropriety at Jewish institutions. In one case, dozens of former students of Yeshiva University High School have filed a $380 million lawsuit over abuse they say they suffered under two former administrators.
‘Moral imperative’

On Oct. 2, in an interview attended by Zwickler, attorney Bruce Shoulson, and Spivak (who joined by telephone), Zwickler told NJJN he started receiving calls regarding Kaye shortly after Kaye moved to West Orange. Zwickler said he and Spivak spoke to alleged victims, witnesses, and “prominent” rabbis before issuing the notice banning Kaye.
“I believe we have a moral imperative as leaders in the community to listen when people come to you and express their thoughts and concerns.” He added, “Without being judge and jury, we just feel it is not appropriate for him to be in a shul here for the foreseeable future.”
Spivak added, “We did as much research as we could, and we spoke to multiple alleged victims to verify the credibility of the people making the allegations. We didn’t take this action lightly. But we have a moral responsibility to protect people in our community who are vulnerable.”
Kaye’s lawyers object that their client’s reputation has been sullied without due process or in accordance with Halacha, Jewish law.
“[O]nce the Rabbis' announcement was published on the listserve, individuals receiving the listserve communication were empowered to further disseminate it,” Kemenczy wrote in an e-mail to NJJN. “This in fact happened with the publication of the Rabbis' message on various websites. As the response to the Rabbis’ announcement stated, ‘In this day and age, a communication to the “West Orange Community” is in reality a message to the world.’”
Liebowitz added, “We are sensitive to the competing interests here. We respect women saying things to the rabbis and others and needing to respect their desire for privacy. On the other hand, Rabbi Kaye has a need for a full and fair hearing.”
Kaye’s lawyers said they suggested to the rabbis engaging in a dialogue in an open forum, but their request was denied.
According to a biographic statement that was posted at Ahavath Israel, Yeshaya Dovid Kaye, 50, attended Beth Medrash Emek Halacha Rabbinical College in Brooklyn from 1981 through 1985 and received rabbinic ordination from “prominent poskim [decisors] of the last generation.” He was not a member of the Rabbinical Council of America, the umbrella organization of Modern Orthodox rabbis. (He is not the same person as Rabbi David Kaye, a Florida rabbi caught in a Dateline sting in 2005 and convicted in 2006 of soliciting sex from a minor.)
Spivak and Zwickler said their notice marks the first time either has made the decision to ban someone from their respective synagogues, and both said they believe it is unprecedented in either synagogue. The ban does not extend to other members of the family.
“This is very unfortunate for the parents and family of Dovid Kaye. We have tried to be as caring and understanding as we can,” said Spivak.
Added Zwickler, “But it is more unfortunate for the alleged victims.”
In an odd twist, the full-page ad in The Star-Ledger was printed inadvertently, according to Kaye’s attorneys and Star-Ledger staff.
Although Kaye’s attorneys drafted the text of the ad and sent it to The Star-Ledger, they said in a telephone conversation that they had not given final approval for it to be published.
“We requested a [price] quote for the ad in The Star-Ledger and The Star-Ledger printed the ad in error,” said Liebowitz. “We were exploring different ways to get our message out if we were unable to get it onto the West Orange Listserv. Lo and behold, someone calls us and says they saw the ad on the back page.”
In fact, the attorney’s response to the ban and the rabbis’ letter was posted on the West Orange synagogue listserv around Sept. 24, although Liebowitz and Kemenczy said they aren’t sure who uploaded it there.
The ad, signed by Kemenczy and Liebowitz, also asserts: “Rabbi Kaye not only vehemently denies such activity, but questions why core Halachic procedures and due process values were not respected. If they had been, a clear distinction would have be emerged between his human failings — warranting circumscribed criticism — and sexual predation warranting community notification.”
Medinah Jones, assistant to The Star-Ledger’s classified department manager, confirmed that the ad ran inadvertently.
_______________________________________________________________________________


For more information go to: http://www.law.cornell.edu/uscode/17/107.shtml . If you wish to use copyrighted material from this update for purposes of your own that go beyond 'fair use', you must obtain permission from the copyright owner.