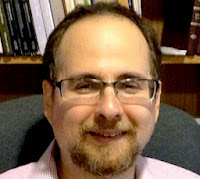 Akiva Roth was charged with sexual contact and with endangering the welfare of a child. At the time, he was a teacher at the Solomon Schechter Day School of Essex and Union, now known as the Golda Och Academy, in West Orange, N.J.

In 1997, at the age of 26, Roth pleaded guilty to four counts of lewdness and was sentenced to 10 years of probation. 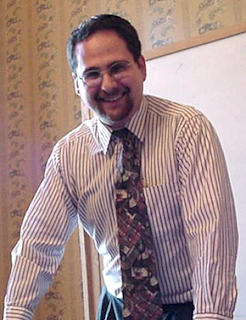 Akiva Roth was convicted of lewdness from his time as a bar mitzvah teacher. The judge slammed him for arrogance and said: ‘he just doesn’t get it.’

Yeshiva University, still reeling from allegations that for decades its leaders dealt improperly with the specter of sexual abuse, has hired a new faculty member convicted of inappropriate sexual behavior with boys, the Forward has learned.

Akiva Roth, who started this new school year as a Hebrew teacher at Yeshiva College, pleaded guilty in 1997 to four counts of lewdness against several boys in his work as a private bar mitzvah tutor.

Roth, 42, has not been accused of misconduct at Y.U. But his employment by Yeshiva College calls into question Y.U.’s hiring practices at a time when the university is battling to repair its public image over the sex abuse allegations.

A spokesman for Y.U. issued the following statement: “Yeshiva University has policies and procedures in place that require background checks for new hires. We are currently in the process of thoroughly exploring the matter you brought to our attention.”

Ever since the Forward first reported allegations of sexual abuse made by dozens of former students of Yeshiva University’s High School for Boys, Y.U. has sought to distance current management practices from those of Rabbi Norman Lamm, who was president of Y.U. from 1976 until 2003.

A report commissioned by Y.U. in the wake of the scandal found that “sexual and physical abuse took place” at a number of Y.U. institutions during the 1970s, ’80s and ’90s.

But Y.U. officials suppressed the release of further details contained in the report, including the number of suspected perpetrators or the Y.U. institutions involved, citing a pending $380 million lawsuit brought by former high school students against Y.U. Instead, the version of the report Y.U released focused on policies and procedures that Y.U. had implemented to prevent abuse or to deal appropriately with abuse allegations at its boys high school, in Manhattan, and at its girls high school, in Queens, as well as at other schools and colleges.

The “university is committed to creating an environment at its high schools and other affiliated schools in which sexual misconduct and other types of harassment are not tolerated,” the report stated, adding that “the university has over time, and especially in the last decade, instituted many policies, procedures, and practices that address these issues.”

Yeshiva College, which specializes in the liberal arts and sciences, is one of three undergraduate schools run by Y.U. The college is located on the university’s Wilf campus, in Washington Heights, one block away from Y.U.’s boys high school and its dormitory.

Roth began work at Yeshiva College this semester. He teaches four Hebrew classes each week.
At the end of one such class, on Thursday, October 3, a Forward reporter asked Roth whether Y.U. had asked about his convictions or whether he had offered the information during the hiring process.

Roth said that the question would be better addressed to Y.U.’s media relations department. He did, however, confirm that he is a full-time member of the Yeshiva College staff.

Roth was arrested in September 1996 on suspicion of abusing several boys ages 11 and 12. During private bar mitzvah classes, Roth exposed and touched himself and encouraged the boys to do the same, according to court records.

Roth was charged with sexual contact and with endangering the welfare of a child. At the time, he was a teacher at the Solomon Schechter Day School of Essex and Union, now known as the Golda Och Academy, in West Orange, N.J.

In 1997, at the age of 26, Roth pleaded guilty to four counts of lewdness. Barnett E. Hoffman, a superior court judge in New Jersey, sentenced Roth to 10 years of probation.
In imposing the sentence, Hoffman noted that a sex offender therapist determined that Roth was “in the lowest category for risk of re-offense.” But Hoffman added, Roth showed a “lack of appreciation for the wrongfulness of his conduct.”

“Defendant is very arrogant and continues to blame the victims for the trouble he is in,” Hoffman wrote in a statement outlining his sentencing decision. “Furthermore, he does not even see his conduct as sexual in nature, which it clearly is.”

After noting that Roth blamed the boys for “enticing him into this behavior,” Hoffman said that Roth “has very little empathy for his victims and an unawareness of the harm done to them by his actions.”

In August 1999, Roth was hired by Drew University as a lecturer in modern and biblical Hebrew. According to his LinkedIn page, he was also a chaplain at Drew and a director of Hillel.

He left Drew partway through the academic year, in December 2006.

After leaving Drew, Roth worked at the American Israel Public Affairs Committee as its northeast region synagogue initiative director, and for the Jewish Community Relations Council of New York as an Israel engagement coordinator.

Roth’s job at Yeshiva College is his first foray into education in eight years.

The Y.U.-commissioned report into allegations of abuse focused mainly on hiring practices at the university’s high schools and noted that a review of policies at the rest of the university’s undergraduate and graduate schools was continuing.

Sullivan & Cromwell, an international law firm, led the report — said to have cost $2.5 million — aided by Lisa Friel, a sex crimes investigator and consultant who reviewed Y.U.’s policies and procedures for preventing and combating abuse.

The report stated that Y.U. has an “extensive and professional” human resources department, “as well as many procedures in place to ensure that inappropriate people are not hired to work with its students.’

These “procedures are applicable to all of the university’s affiliated schools,” the report said.

After the report was released, Richard Joel, who replaced Lamm as Y.U.’s president, said in a statement: “Today, the university is a safe place infused with a culture of warmth. For years we have enacted and enforced policies and procedures to protect our students and community members.”