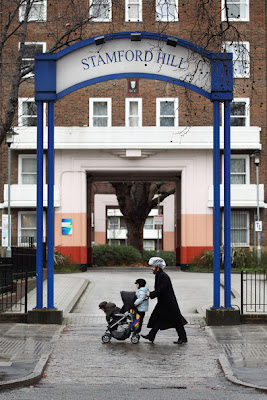 This is a case of alleged incest and possible form of ritual abuse occurring in the Chasidic community in Stamford Hill, Great Britain.  According to reports a 16-year-old  girl was drugged, bound and blindfolded and then gang-raped by her father and his friends.

The girl disclosed that she first made allegations of abuse in 2011 at school, but she revealed its full extent to a visiting rabbi in 2012.

The father is charged with various sexual offenses, including three counts of rape, and, with the family friend, of two counts of conspiracy to rape. He is also charged with perverting the course of justice for allegedly offering £1,000 to someone who knew the girl to persuade her not to press charges. 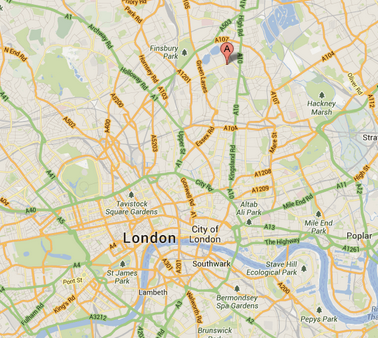 A 16-year-old Orthodox Jewish girl was drugged, bound and blindfolded and then gang-raped by her father and his friends, a court heard this week.
The alleged victim, who cannot be identified for legal reasons, said that on two occasions her father tied her hands together, covered her eyes with a blindfold and drove her for about 20 minutes to an unknown location, where six or seven men assaulted, raped and tortured her.
She said that large clips were attached to her breasts and electric shocks passed through them. On one occasion she said the men assaulted her with a live snake. In video evidence played in court, she said: “They put a snake on my body, I could feel there was a snake.”
She also claimed that on another occasion, she was ordered to perform sexual acts on a woman, but refused and started “kicking and screaming”.
She told the court that she had suffered abuse at the hands of her father over a period of seven years.
She said she was beaten if she resisted: “After a bit I felt mentally owned by them, they didn’t have to force me, they would just tell me and I would listen.”
The girl, who is now 18, claimed the abuse began with her father forcing her to take showers with him when she was 10. She said it escalated to rape when she was 14. When she was 16, she said her father began to facilitate her abuse by a family friend, the father of a classmate at the Jewish school she attended.
This began with an assault while she was at the man’s family home for Shabbat dinner.
The girl said her father and the family friend were both present at the gang rape, as well as another man who she described as a Chasidic Jew from Stamford Hill who worked with her father.
Prosecution lawyer Richard Merz said the girl did not tell anyone about the abuse because “her father had made threats that she would be abducted and sold into prostitution and that members of the family would be killed”.
She first made allegations of abuse in 2011 at school, but she revealed its full extent to a visiting rabbi in 2012.
Her father, who is from north west London, is charged with various sexual offences, including three counts of rape, and, with the family friend, of two counts of conspiracy to rape. He is also charged with perverting the course of justice for allegedly offering £1,000 to someone who knew the girl to persuade her not to press charges.
Defence lawyer Jonathan Goldberg QC, said the girl invented the allegations. He claimed she watched pornography on her laptop that depicted group sex and used that as inspiration. He added that teachers at her school thought she was an “attention seeker”.
The trial, at Wood Green Crown Court, continues.
_________________________________________________________________________________