Pain Relief and the Risk of Suicide: A Jewish Perspective 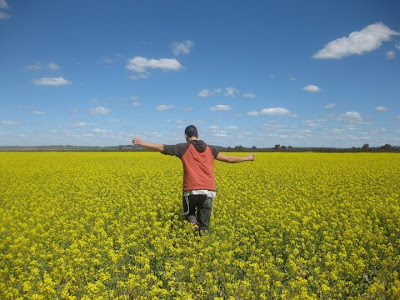 Jewish ethics values healing and the preservation of life as important goods and as activities mandated by God. The case presented, involving a 29 year old male with AIDS who requests large doses of analgesics and sedatives, may involve some degree of tension between these values: actions taken to relieve pain, supported by a mandate to heal, might contribute to a patient's death by suicide, ending life and violating a traditional Jewish norm.

Upon closer examination, it appears that thoughtful provision of pain relief and supportive care has the potential both to relieve the patient's suffering and to lessen the likelihood that he would feel compelled to end his life.

As I understand the Jewish tradition, life is appreciated as a blessing and a gift from God. Each human being is esteemed as created in God's image. Whatever the level of one's physical and mental abilities, and whatever the extent of dependence on others, each person has intrinsic dignity and value in God's eyes.

Judaism respects our bodies and lives as God's creation, which have graciously been entrusted to our care. We have the responsibility to care for ourselves and seek beneficial medical treatment--we owe that to ourselves, to our loved ones, and to God. In accordance with the tradition's respect for the life given by God, it rejects homicide, suicide, and assisted suicide.

Medical treatment that contributes to a patient's recovery is clearly supported by Jewish ethics. So is treatment intended to improve the patient's functioning or relieve pain. Humans are to act as God's partners in improving the world and helping persons in need. Scriptural support for these positions is seen in passages specifically discussing healing and in the general admonition to "love your neighbor as yourself" (Leviticus 19).

In appropriate cases, interventions such as surgery or medications to relieve pain may be mandated despite risks entailed.1,2,3 In the words of Rabbi Immanuel Jakobovits: "Analgesics may be administered, even at the risk of possibly shortening the patient's life, so long as they are given solely for the purpose of rendering him insensitive to acute pain."4 The judicious provision of medications intended to benefit the patient, even with the risk of side effects, is part of the enterprise of health care.

I understand the case presented as involving the provision of beneficial medication that poses the risk of hastening the patient's death by contributing to a suicide. The risk seems relatively modest in the case as described, and should not prevent the provision of needed pain relief. Since my intention as physician would be to relieve pain, I would seek to take reasonable precautions to lessen the risk of precipitating death.

For example, if one sedative (such as a benzodiazepine) would be as effective as another (such as a barbiturate) but would be less likely to be used in a completed suicide, I would prescribe the less risky medication. In an unusual case, I might limit the prescription to only a few days' or a week's supply, if this limitation would effectively reduce the risk of suicide, and if it would not prevent the patient from obtaining needed medication.

Perhaps more importantly, I would try to clarify for the patient my intention in providing the medication: to relieve pain, and not to assist in the ending of life. The prescription should not be taken as a judgment that the patient's life is not worth living, or that I am tired of caring for this patient who will not get better, or that I am giving my approval or "permission" for actively ending life. Rather, it should be seen in the context of the therapeutic relationship, as a manifestation of my commitment to care for, and never to abandon, the patient.

My commitment to care for the patient has other implications as well. As the physician in this case, I would be troubled that the patient is "in constant pain." It would be important for me to increase my knowledge of palliative care for AIDS patients, and perhaps to arrange for a consult by those with greater expertise in pain relief and/or HIV disease.

Review articles and handbooks suggest that much can be done to alleviate pain and other symptoms of patients with AIDS.5,6,7 I am mindful of studies suggesting that only 20 to 60 percent of cancer pain is treated adequately, even though adequate treatment is possible in at least 90 percent of cases, and even patients whose palliation is not "adequate" generally do not experience the constant pain described.6

Both the patient's report of constant pain, and any suggestions that the patient might commit suicide, dramatically signal the need for careful attention to the patient's suffering and possible responses. Clinical depression is relatively common among patients who are terminally ill or in pain, and correlates highly with suicide.

Contrary to popular misconception, major clinical depression is distinct from the sadness that typical accompanies terminal illness, and generally responds to psychiatric treatment, even in the absence of improvement of the underlying disease.6 Other issues may include inadequate social support, spiritual despair, or a fear of abandonment. Together with family members, other health care professionals, and other individuals who may be of help, I would explore and seek to alleviate the patient's suffering.

I would investigate in particular the possibilities for hospice care. I understand the patient's wish not to "spend his last days in a hospice" to refer to a free-standing hospice or other health care facility. Provision of hospice services to outpatients and those cared for at home is often available, however, and in fact is the primary way in which such services are provided in the United States. For information on resources, I might turn to local colleagues, or to organizations such as the National Hospice Association (800-658-8898).

The same principles would guide a decision to prescribe medicine that the patient says may well be used for a deliberate overdose within the next few days. Here the details of the case and my conversation with the patient would be crucial. Especially if the patient volunteers this information, what is superficially a request for palliation may be in fact a thinly veiled request for assisted suicide, or at least an invitation to discuss the issue.

In this case, I would not supply the prescription, but would address the patient's suffering and perceived need to end his life. If the medication was in fact needed to relieve the patient's severe pain, and this seemed to be the patient's primary motivation in requesting the prescription, I might well prescribe the medication. I would take especially extensive precautions to minimize the risk of suicide; for example, in my choice of drug and amount prescribed. I would take special care as well to ensure that my actions were not seen as a signal of approval for suicide.

Most importantly, if told that a desired prescription might well be used for suicide, I would redouble my efforts to explore and respond to the patient's suffering. Health care professionals with the greatest experience in caring for terminally ill patients report that when patients' suffering is taken seriously and efforts are made to alleviate it, the need to end life is no longer seen as compelling.

By providing the medication that is needed to alleviate pain in the context of a treatment plan of supportive care, I would likely alleviate the patient's suffering and lessen the risk of hastening death, by suicide or other means. Such a course of action would be supported by Judaism, as it would be by other approaches to health care ethics. Based on the reports of experts in palliative care, it appears that this course of alleviating suffering without contributing to the active causing of death is possible in virtually all cases. It certainly appears to be possible in the case at hand. 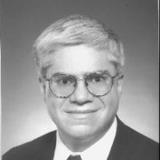 Rabbi Aaron L. Mackler, Ph.D., is Associate Professor of Theology at Duquesne University in Pittsburgh. He serves as Vice President of the Society of Jewish Ethics. Rabbi Mackler is a member of the Rabbinical Assembly’s Committee on Jewish Law and Standards, for which he serves as Chair of the Subcommittee on Bioethics, and of hospital ethics committees in the Pittsburgh area.
Dr. Mackler served as ethicist for the New York State Task Force on Life and the Law, and taught as Visiting Assistant Professor at the Jewish Theological Seminary of America. He received a B.A. from Yale University, an M.A. and rabbinic ordination from the Jewish Theological Seminary of America, and a Ph.D. from Georgetown University. He has spoken on health care ethics and theology for numerous professional societies and other audiences.
Dr. Mackler's publications include Introduction to Jewish and Catholic Bioethics: A Comparative Analysis (Georgetown University Press, 2003), and an edited volume, Life and Death Responsibilities in Jewish Biomedical Ethics (New York: Finkelstein Institute, Jewish Theological Seminary of America, 2000). He also has written numerous articles in the fields of Jewish theology and bioethics.