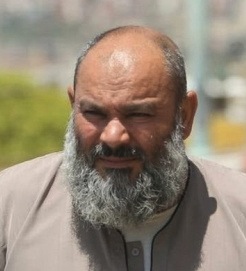 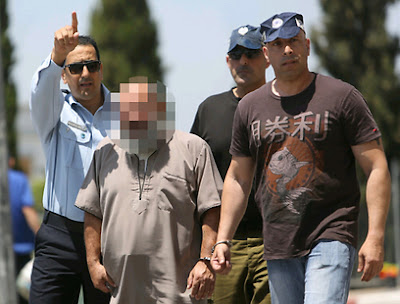 A resident of northern Israel is suspected of having instilled a regime of terror within a sect of his own making, and subjecting minors and adults to endless acts of torture, humiliation and sexual abuse.

Six families, including 11 parents and 25 children, were allegedly victims to the violent whims of the dictatorial figure, who, among other things, ordered parents to lock their children in bathrooms for hours and smear their faces with feces.

Police heard the suspect was running the lives of the families that he subjected to his will, including their economic affairs, and forced the adults to behave violently towards their children for the purposes of instilling "proper education." The investigation began last month after one of the women, 46, left the sect and filed a complaint with the police.

According to police investigators, the families "developed total dependence of and blind faith in their despot and deposited their money in his hands for fear of making any mistakes." They added that "women worked for him and did cleaning work. When he wasn't happy with their work he used to imprison them for several days as punishment." The police said that the suspect allegedly committed offenses of a sexual nature against some of the women.

The suspect forced the parents to behave violently towards their children, including beating them with belts and shoes, in a way that "does not leave marks on the body of the children," according to the plaintiff. He also demanded that the parents provide him with detailed accounts on their sex lives in order to "provide solutions to their problems."

he suspect referred to himself as "Khalifa," a Muslim religious title, but the sect he created had no religious characteristics. After his arrest, the children were assigned social workers "in order to soothe, contain, and find out the needs of families that are perceived as victims of an abusive cult with all that entails," read the statement by the Ministry of Welfare and Social Services.

Police added that only after all the adults and the children involved are investigated will they decide whether to press charges against any of the other adults as well.

Cult member: I was locked in storeroom with mice
By Hassan Shaalan
YNET News - May 21, 2013


Woman who left cult in Galilee community of Majd al-Krum says leader sexually assaulted members, smeared feces on kids. 'When I screamed he threatened to murder me,' she tells Ynet 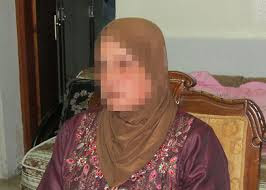 "He attacked the women and children, kept women locked in the shower for hours and took our paychecks," said a woman who was a member of a violent cult allegedly led by 56-year-old Munib Farhat in the Galilee community of Majd al-Krum.

Farhat was arrested on Tuesday by Northern District Police after a month-long investigation following a complaint by a 46 year-old member of the cult who managed to escape. He was remanded for eight days.

Police suspect the leader had ordered his followers to act violently toward their children, in the name of "proper" education. The violent cult consisted of 11 adults and 25 children.

The man is also accused of sexually assaulting several of the women in the group and abusing both the women and children. Among other things, the cult leader allegedly locked the children in the bathroom, smeared feces on their mouths and rationed their food. Farhat has denied the allegations.

"Farhat told us he was a religious man and could solve any financial, social and family-related problem," the woman who filed the complaint told Ynet. "He also convinced us to turn over our paychecks at the end of each month and said if we wanted to purchase anything we should ask him (for money)."

According to the woman, the cult leader opened a small store in his home "and he forced us to shop only there. Sometimes we would ask him for money to buy food for the house, and he would give us 50 shekels ($14) and tell us that was enough. He also never agreed to give the children any money. He stole our all of our funds."

The complainant's brother said she told him the abuse, assault and sexual exploitation went on for years.

The woman further told Ynet that "at first we believed (Farhat) and thought he wanted to help us, but everything changed over the past few years. He attacked women and children; forced them to clean the house and cultivate the land without any compensation. Any woman who objected was attacked and locked in the shower or stockroom for more than seven hours.

"He brutally attacked me several times – stepped on my neck, hit me all over by body and locked me up in the stockroom with the mice. When I screamed he threatened to murder me. I did not seek medical care because I was afraid he would hurt me if he found out," she recalled.


The details of a shocking child abuse scandal began to emerge on Tuesday in the Galilee town of Majd al-Krum when a Nazareth court lifted the gag order on the affair, which apparently has been going on for ten years.

Munib Farhat, a 56-year-old resident of Majd al-Krum, is suspected of heading a cult and enforcing his will on six families in his community, including dozens of children. The police suspect Farhat of forcing the members of his cult to beat their children, humiliate them, withhold food, lock them in bathrooms and smear them with fecal matter. The cult leader is also suspected of abusing the women in the cult, committing sexual assault and sodomizing them.

The affair was exposed when a woman who belonged to the cult filed a police complaint several weeks ago. A team of investigators consequently launched an undercover probe into the woman's allegations, in cooperation with Welfare Ministry social workers and Interior Ministry officials. The investigation, which was accompanied by the Haifa District Prosecutor's Office, revealed that Farhat, who refers to himself as a caliph, allegedly imposed a very strict disciplinary code on 11 adults and 25 children.

In his remand hearing, Farhat denied the allegations and argued that the complainant was seeking revenge against him for being kicked out of the compound.

The chief investigator, Superintendent Eyal Harari, said that the cult did not share a house, but instead lived in houses scattered across the town. "His method was to cozy up to weak, poor families and strike a relationship based on support and fear, to the point of complete dependence and a real fear of leaving the cult," Harari explained.

The police said further that the suspect habitually locked women up when he was not satisfied with their cleaning duties.

Harari called on anyone who had previously been in the cult and had left to come in and testify. "When the suspect was apprehended, many people applauded us and said that it was about time that someone put a stop to what was happening within this group."