Batshaw  pleaded for mercy from a judge, saying a criminal record for child pornography would ruin his dream of becoming a psychologist.

Originally Leeore Batshaw was given a conditional discharge, which would have left him without a criminal record, yet Manitoba's highest court overturned the lax sentence.  The sentence was changed to a 12-month conditional sentence, which means he will have a prison record. Batshaw was also required to perform 200 hours of community service and participate in sex-offender counselling.


A University of Winnipeg student pleaded for mercy from a judge yesterday, saying a criminal record for child pornography will ruin his dream of becoming a psychologist. Leeore Batshaw, 24, said he's been "scared straight" by his arrest two years ago and a conditional discharge would be proper punishment.

The Crown is seeking a conditional sentence, which would register as a conviction on his criminal record.

Provincial court Judge Susan Devine reserved her decision following a half-day hearing in which police showed the judge graphic photos of children as young as six engaged in sexual activity.

Police found 132 images of child pornography on Batshaw's computer, along with a selection of adult pornography.

"The courts have to start getting tough on these offences in the name of deterrence," she said.

"These horrible pictures you have seen today will last forever on the Internet. These children are victimized every time someone like Mr. Batshaw looks at them."

Batshaw came to Canada from his native Israel and has been maintaining high grades at university while majoring in philosophy and psychology.

Defence lawyer Kevin Sneesby said his client -- who has overcome dyslexia -- will be disqualified from the field of psychology if he has a criminal record.

"I am here asking for a second chance. I feel I don't pose a harm to anyone," Batshaw said yesterday in court. "I realize these pictures were crimes in progress." No date was set for Devine's decision.

It's an unspeakably ugly crime and its victims are countless, but child pornography's perpetrators can come from all walks of life, court heard yesterday.

'DIRTY SECRET'
"It is a crime that is committed in secret," said Crown attorney Jill Duncan. "People can live fine, upstanding, apparently pro-social lives and have a dirty secret lurking in their computer."

Duncan made her comments yesterday at the sentencing hearing of Leeore Batshaw, a 24-year-old who pleaded guilty to one count of possessing child pornography.

Batshaw was arrested in May 2002, after a computer repairman discovered illegal images on his hard drive. A subsequent police investigation turned up close to 100 images, many of which had been saved, duplicated or copied to disks.

Duncan expressed doubts about Batshaw's remorse, however, noting it appeared to have more to do with getting caught than with any real sense of empathy with the victims.

Duncan told court the Crown has been recommending stiffer sentences in recent cases.

Manitoba's highest court has overturned the lax sentence granted to a young man who collected what a judge called "depraved" child pornography.

Leeore Batshaw had been given a conditional discharge, which would have left him without a criminal record.

But the Manitoba's Court of Appeal changed that to a 12-month conditional sentence, which means he will have a prison record.

Batshaw, who now lives in Calgary, will also be required to perform 200 hours of community service and participate in sex-offender counselling. 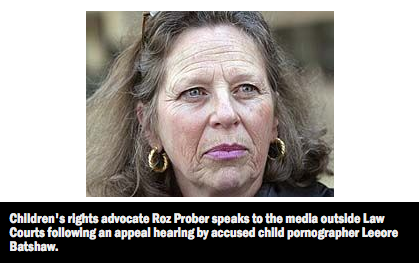