Case of Howard Berens, MD
(AKA: Howard R. Berens)
This Page is under construction

Dr. Howard Berens, a Newton psychiatrist on staff at Newton-Wellesley Hospital, has had his medical license suspended by the Board of Registration in Medicine for having a sexual relationship with a patient.

Berens cannot practice medicine in Massachusetts for three years. The Board found Berens engaged in "conduct that undermines the public confidence in the integrity of the medical profession by engaging in a sexual relationship and other boundary violations with a patient."

Berens began seeing a patient in February 1998 and engaged in a sexual relationship with the patient outside the office in April 1998, according to the Board's report.

Berens, a 1964 graduate of Albert Einstein College of Medicine at Yeshiva University, has been licensed to practice medicine in Massachusetts since July 1967.

In a separate matter, a surgeon who abandoned a patient on the operating table at Mount Auburn Hospital has been disciplined by the Board of Registration for a separate incident.

The board voted to reprimand Dr. David C. Arndt, also on staff at Newton-Wellesley Hospital, and ordered him to complete 100 hours of community service in connection with a conviction on a charge of filing a false affidavit to help his gay lover stay illegally in the country.

Arndt, who was charged in U.S. District Court in Louisiana, pleaded guilty to the charge in 1998, and was sentenced to three years' probation and fined $3,000.

On Aug. 7, the state Board of Medicine suspended Arndt for leaving a spinal fusion operation at Mount Auburn Hospital in Cambridge on July 10. The patient, Charles Algeri, 45, of Waltham, was under anesthesia and with an incision in his back at the time.

Arndt is appealing the summary suspension. Arndt was suspended by the hospital the day after the operation.

Arndt, 41, a 1992 graduate of Harvard Medical School, has said he regrets his actions and was in "a financial crisis," and had to pay overdue bills. 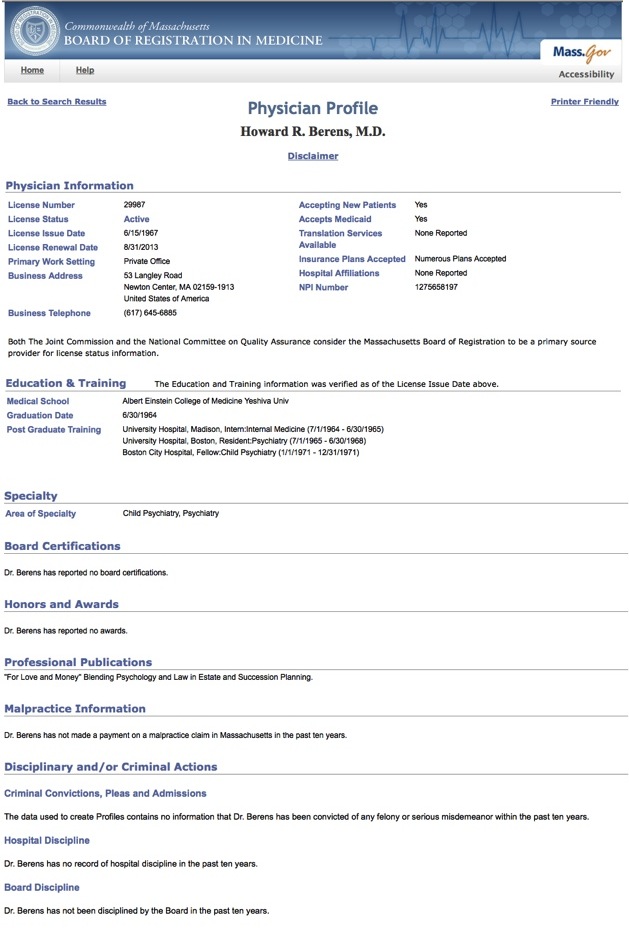 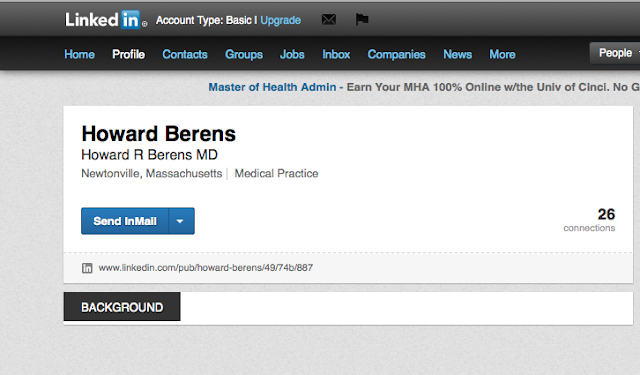 If the information that you have posted in the 'Case of Howard Berens MD' is incorrect then why is it still on this site?. The Boston Globe, the source of this misinformation issued a disclaimer the day after the article appeared. Since the Boston Globe article from which this " 'case of Howard Berens MD' draws its facts is incorrect why would this story not be removed immediately?