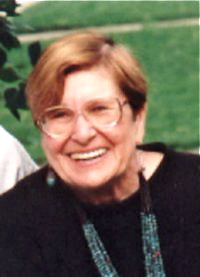 Founder of the Domestic Violence Movement in Judaism

Back in the early 1960s, when I realized that my husband was an alcoholic, I turned first to my rabbi and then to a Jewish psychotherapist. Both assured me that since it was well known that Jews are not alcoholics, if my husband had a drinking problem it must be something I was doing. I was devastated. What was I doing wrong? For many years I wore two faces, a public face and a private face.


In the 1970s, when I joined a feminist consciousness-raising group, I heard other women’s stories. I recognized that I was not alone. Other Jewish women were living with alcoholic husbands, or with domestic abuse. Each woman believed, like me, that she was alone in her suffering. I realized that we had to change community attitudes and behaviors. I wanted to insure that when any woman sought help for addiction, alcoholism, or abuse in her family she would not be blamed for the behavior of her significant other.

By the mid-1980s, some Jewish professional social work agencies and organizations began to address these problems, but these stigmatized behaviors were still not recognized by the general Jewish population. When I spoke publicly about these issues, audiences tended to dismiss statistics, refused to recognize the symptoms of these problems, and continued to believe the myth that these behaviors did not impact the Jewish community. With great trepidation I decided to tell my story, owning what had happened to me, so that others could own what was happening to them.

In August 1987, the Feminist Task Force of New Jewish Agenda asked me to keynote a panel entitled “The Changing Jewish Family.” The evening before my talk I attended a 12-step meeting at which I heard many conference participants tell the horror stories of their lives. When I rose to speak, I stated that before we could heal the world we first had to heal ourselves. I was amazed to watch hundreds of people burst into tears. By destroying the myths that had imprisoned us we had begun the process oftikkun olam, repairing the world.

Marcia Cohn Spiegel was born in Chicago on October 16, 1927, and earned a B.A. in psychology from Rockford College in 1949. She was an active volunteer in her suburban community and synagogue until two simultaneous awakenings changed the course of her life: she discovered how few women were included in Jewish texts and anthologies, and at the same time she was forced to acknowledge that her husband was an alcoholic. In 1976, she enrolled in the School of Jewish Communal Service of Hebrew Union College-Jewish Institute of Religion, where her thesis The Heritage of Noah: Alcoholism in the Jewish Community Today was the first documentation of the disease in the Jewish community. Spiegel has taught at the University of Judaism, UCLA, and synagogues and centers across the U.S., Russia, Ukraine, London, Jerusalem, and Sydney. She has written extensively in scholarly journals, Jewish periodicals, and anthologies, about Jewish women’s poetry, alcoholism, addiction, domestic violence, and sexual abuse.