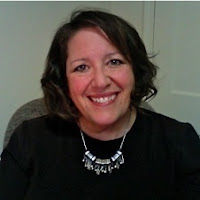 Justice Interrupted, is THE  Place for news, information, safety, and most importantly justice. Tune in weekly for our blogtalk radio program!

If you feel your case was a case of Justice Interrupted, and would like to feature it on our radio show, please send a request to: info@justiceinterrupted.com and put “Radio Show Request” in the subject line. Guests and cases are scheduled on a case-by-case review by Robin and Stacy to determine whether Justice Interrupted’s media outlet can help.


About Justice Interrupted
Are you or a loved one a crime victim who feels your case has been forgotten or handled poorly by the criminal justice system? Do you feel that the case was mishandled and the result and an injustice was done? Are you unfamiliar with the inner workings of the criminal justice system and need to know which direction to turn? Justice Interrupted may be able to help.
Robin Sax and Stacy Dittrich advocate for crime victims by utilizing the ever powerful media to bring cases the attention they deserve. Justice Interrupted has been credited with the denial of parole for a multiple murderer, the return of an abducted child, and many other cases that have faded away. No longer official investigators, they advocate, educate, and allow victims' voices to be heard.
Justice Interrupted has been featured on ABC, CBS, NBC, CNN, Fox, E! True Hollywood, and countless other cable networks and shows including, The Tyra Banks Show, The O’Reilly Factor, The Nancy Grace Show, Geraldo-At-Large, and Issues with Jane Velez-Mitchell. They have provided expert opinions on hundreds of radio shows nationwide, and their commentary has appeared in print worldwide, in publications such as The New York Times, The U.K. Observer, The Boston Herald, SELF Magazine, Marie Claire, Women’s World and numerous others.
Accomplished authors, Robin and Stacy have written approximately 15 books on a variety of topics, including Robin’s bestselling book “Predators and Child Molesters: What Every Parent Needs to Know to Keep Kids Safe,” and Stacy’s take on murderous cops with “Murder Behind the Badge: True Stories of Cops Who Kill.”
Posted by Vicki Polin at 3/25/2010 10:13:00 PM