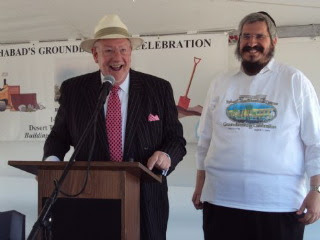 The law and religion

The Nevada Supreme Court has been asked to decide to what extent churches are liable in cases involving sexual abuse committed by clergy. The case raises the issue of whether the First Amendment protects churches from these types of lawsuits.
As Steve Kanigher reported in Wednesday’s Las Vegas Sun, the case is rare. Most lawsuits against churches, as those against the Roman Catholic Church, have been settled, so courts have not had to handle this issue.
The case before the Supreme Court was filed by Theressa Ramani, who says she was assaulted in 2001 by a cantor associated with Chabad of Southern Nevada and Chabad of Summerlin. The man pleaded guilty the next year to open and gross lewdness. Ramani said she and her son were then harassed by Chabad after she complained about the attack.
In 2003 she filed a lawsuit in District Court in Clark County against the Orthodox synagogues, as well as some rabbis and individuals associated with the organization. The suit was eventually thrown out because a judge says she didn’t show a direct link between Chabad and the attack and didn’t prove that the man was an employee of the synagogues.
She appealed in 2007, and the case gained stature because of the issues involved. The Roman Catholic bishops of Las Vegas and Reno and the Church of Jesus Christ of Latter-day Saints have joined the synagogues in fighting the case. Ramani has been joined by the Jewish Board of Advocates for Children, Survivors Network of those Abused by Priests and the National Association to Prevent Sexual Abuse of Children.
Chabad and the churches argue religious organizations are protected by the First Amendment from these types of lawsuits. They say if the court holds churches liable for the actions of volunteers or congregants, it would be disastrous for their charities and operations because they would be tied up in expensive litigation. Responding to Ramani’s claims of harassment, the churches say they have a right to exercise discipline or even expel members.
Ramani and the advocacy groups say churches must be held liable for their actions and to exclude them would allow abuse to go unchecked. They point to documented abuse in the Catholic Church by some priests, in which church officials knew about allegations of abuse for years. They argue that the churches are trying to “twist the First Amendment into a refuge for harmful behavior.”
Churches do have the right to exercise their religious freedom and they do have the right to discipline or expel members. The question in this case, though, is whether the group is liable in an abuse case.
The religious provision in the First Amendment was intended to keep the government from establishing a state religion and to allow people the freedom to worship as they choose. It shouldn’t be construed as a blanket protection from liability. If clergy or a church engage in or allow illegal behavior, they should have to answer for that.
------------------------------------------------------------------------------------------------------------------------------------
2007
CALL TO ACTION:  Should a convicted sex offender who's on the national sex offender registry be allowed on Purim to be drunk and performing in front of children? The Chabad of Southern Nevada thinks it's ok.

Cantor Michael Segelstein is the one on the right wearing a black suit.

Michael Alan Segelstein is currently on both the Flordia and National Sex Offender registries.
Segelstein was originally arraigned on one count each of attempted sexual assault, battery with intent to commit sexual assault and open and gross lewdness. He pled guilty as part of a plea agreement to open or gross lewdness, received one year suspended sentence with conditions and court ordered into counseling and was discharged from probation on December 2, 2005.

The Nevada Supreme Court has ruled that two Las Vegas synagogues and their rabbis are protected from a lawsuit that resulted from the intentional misconduct of one of its members.

The decision closes the 10-year-old case filed by Theressa "Zissa" Janetta Ramani, who filed a civil lawsuit after she was sexually assaulted by Michael Segelstein in the parking lot of Temple Beth Shalom in 2001.

She said she sought help, but instead of counseling her they said they did not believe she was Jewish. And her son, who attended studies at the Chabad of Summerlin, was treated differently, no longer being asked to read from the Torah or pray from the stage during services.

The Supreme Court, in a unanimous decision written by Chief Justice Michael
Douglas, said the synagogues and rabbis cannot be held liable "for

Douglas said there was a question about whether Segelstein was an employee, volunteer or cantor, but it still does not make the synagogues liable.

The court also rejected Ramani's claim that Harlig sought sexual favors from her. Harlig filed a slander countersuit. The court said Ramani's intentional infliction of emotional distress claim was deficient, and District Judge Timothy Williams was correct in granting a summary judgment in the case.

The court also said it could not consider the appeal of Ramani, who was ordered to pay $175,000 in attorney fees and court costs. It said the appeal was filed beyond the legal deadline.