No exemptions for sex abuse - Sexual Abuse in the Orthodox World 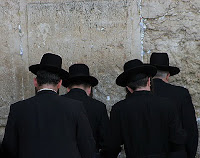 No exemptions for sex abuse


"Orthodox community deals with sex abuse," read the page 1 headline in Sunday's Asbury Park Press. But just how the Orthodox community in Lakewood deals with the problem in its midst is disturbing.
Far too often, cases of sexual abuse are handled internally through a rabbinical tribunal that routinely handles civil disputes but deals with possible cases of sexual abuse as well. The Orthodox community lacks the investigative and judicial powers to issue sentences, weed out false accusations and monitor offenders.
The most the rabbinic tribunals can accomplish is to urge therapy for the abuser. That's not justice for the victim. And it may be against the law. A therapist in Brooklyn's Orthodox community for more than eight years who has treated sex offenders referred by Lakewood religious authorities said he could not recall one instance when a rabbi referred a case to law enforcement officials.
Religious authorities say they do what is necessary to rid the community of sex offenders swiftly, but it is typically done outside the framework of secular law. The rabbinic leaders must send an unequivocal message to the Orthodox community that incidents of sexual abuse must be reported to the appropriate authorities. And that point must be reinforced by the Ocean County Prosecutor's Office.
First Amendment freedoms to practice one's faith are not absolute, particularly when it puts the most vulnerable citizens at risk for irreparable physical and emotional harm. One would think that a community dedicated to Torah law would recognize the limits of that law in dealing with criminal matters and welcome the legal means to get child sexual abusers out of their communities and into the arms of the law.
State law requires anyone with "reasonable" suspicions to report acts of child abuse to the police or the state Division of Youth and Family Services. That law runs up against a different law, the Cleric-Penitent Privilege, which requires clerics such as rabbis to keep privileged any communication made in confidence unless both he and the person who did the confiding agree to release it or the information pertains to a future criminal act.
Given the rate of recidivism among sex offenders, a single confessed incident of abuse can reasonably hint at an ongoing pattern of abuse with a widening circle of victims. This sounds remarkably similar to Catholic priest scandals, where pedophile priests were counseled and transferred without ever facing the law.
If, as Job says, it is God who "reveals the deep things of darkness and brings deep shadows into the light," then those who believe in him must do the same work of bringing light out of the shadows. Secular law has the means to do just that and the rabbinic leadership needs to encourage members of the community to speak up without fear.
If the Orthodox community believes that playing cases of sexual abuse so close to the vest is a proper response, that's beyond troubling.
Posted by Vicki Polin at 9/14/2009 07:10:00 PM